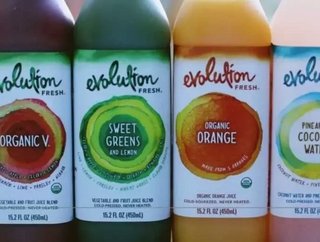 From its purchase of Teavana to its pastry revamps to its Fizzio soda line, its no real secret that Starbucks wants to be known as much more than just a...

From its purchase of Teavana to its pastry revamps to its Fizzio soda line, it’s no real secret that Starbucks wants to be known as much more than just a coffee shop brand. Now Starbucks is building on its year-long partnership with Groupe Danone to expand its boundaries once again, targeting the lunch market with the launch of Evolution Fresh smoothies protein-enhanced with Dannon Oikos Greek yogurt.

According to Mashable, Starbucks has started testing three new smoothie flavors at 200 locations across San Jose, CA and St. Louis, MO this week; if all goes well, a full lineup of flavors is set to roll out across all markets worldwide in 2015. As Mashable also points out, tea now makes up 9 percent of Starbucks sales and food has risen from 12 percent ten years ago to 20 percent today – considering these previous successes for Starbucks outside of the coffee realm, this foray into smoothies should result in positive growth for Starbucks as well (and Groupe Danone by extension).

But this isn’t all about extending Starbucks’ line of food and drink offerings. It’s also part of a strategy to entice consumers to come in to Starbucks more evenly and spread sales throughout the day. As reports have shown before, Starbucks makes half of its sales before 11AM – everybody wants to wake up with coffee and a pastry for breakfast, it’s getting them back in later on that’s the trouble. Periodically, Starbucks combats the disparity with Frappuccino Happy Hour and similar deals. With the addition of new menu items, Starbucks is hoping to turn those seasonal sales spikes into a steady market. But, considering that smoothies are a breakfast item as much as (if not more than) they are a lunch item, the brand may still have a ways to go in its mission to conquer lunch.