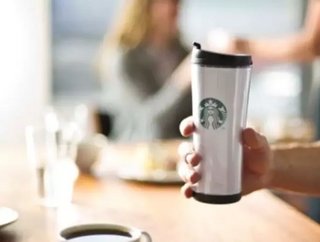 Most avid fans of Frappuccinos and seasonal lattes are familiar with the Starbucks Rewards program, while most restaurant chain managers and executives...

Most avid fans of Frappuccinos and seasonal lattes are familiar with the Starbucks Rewards program, while most restaurant chain managers and executives have to appreciate the program and the loyalty it has inspired. But everything changes, especially business plans. This month Starbucks announced to the public that it is switching up its Starbucks Rewards loyalty system—and everything consumers knew about earning stars and freebies is about to change.

But while stars are becoming more plentiful, it will also now take more stars to earn rewards. As of April it will take a total of 300 stars (or $150) to reach Gold level—once Gold level is reached, Rewards card holders will receive a free reward (still anything off the menu!) for every 125 stars earned.

Free birthday items will still be a part of the program, as will Double-star days and other bonus events, and current Rewards members will be grandfathered in (no need to re-earn status levels). It will certainly be a game changer for many users, but in different ways depending on purchasing styles. “For most of our Gold members, this means earning rewards just as fast or faster,” notes the announcement. “But for some, it might mean taking a little longer to get that free treat.”

It will no doubt be interesting for Starbucks to observe how consumers react to the news and whether it changes their buying habits—other chains with loyalty programs should be taking notice of the reactions as well.