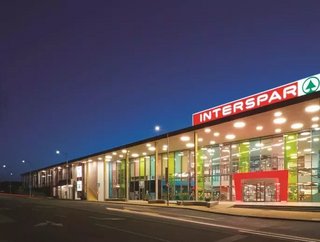 SPAR International started the business with one Dutch store in 1932 and now the chain has more than 12,500 stores spanning 44 countries on four continents.

Last year, the firm added an additional 232 stores to its portfolio, bringing the total number to 12,777 stores globally.

It also launched in five new countries - Saudi Arabia, Pakistan, Qatar, Ukraine and Belarus - as the company focused on growth and international expansion.

Meanwhile, in Africa and the Middle East SPAR grew its presence in 15 countries, recording strong growth of 8.5%.

“2017 was an extraordinary year of growth for SPAR Worldwide, with sustained growth across all 48 markets where SPAR operates,” said Tobias Wasmuht, CEO of SPAR International.

“A key focus throughout 2017 has been to grow our presence through targeted expansion and to drive retail development through expanding our multi-format retail strategy.

“In Europe, pan-European trends of smaller households, ageing populations and urbanisation have contributed to a growth in smaller store format channels. We are witnessing a renaissance in modern neighbourhood retailing across the continent and the channel is continuing to grow in strength and importance.”

“Increasingly we are seeing global trends of health and wellness becoming the new norm as highlighted by the fast roll out of the award-winning SPAR Natural concept in Spain, Italy, Russia, Middle East, South Africa and India.

Wasmuht concluded: “SPAR’s ability to take a tailored approach to individual markets - be it adapting and evolving in existing markets or seamlessly integrating into new markets – sets it apart in the retail space.

"The outlook for 2018 and beyond is positive. As SPAR grows internationally we create a continuous cycle of reinvesting that growth in resources which in turn makes us stronger and better together.”