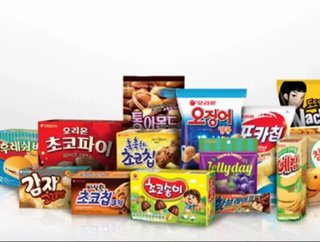 Earlier this week, it was reported that Tesco is looking for interested buyers to take on the South Korea arm of its business. Its not that Tesco has an...

Earlier this week, it was reported that Tesco is looking for interested buyers to take on the South Korea arm of its business. It’s not that Tesco has any particular desire to divest itself of its most profitable operation outside of the UK—it’s simply a matter of doing what’s necessary for the retail business to survive through difficult times. Now reports are emerging that a prospective interested party may be looking to buy what Tesco is selling. Reuters reports that Orion Corporation is considering bidding on Tesco’s South Korea assets.

RELATED TOPIC: Is Tesco selling off its South Korea arm?

South Korea-based Orion is a major name in the Asia market, producing everything from crackers and energy bars to its “power brands” like the world famous Orion Choco Pie—which incidentally just saw its growing international sales exceed domestic sales for the first time since the product launched in 1974.

In addition to its domestic business, Orion also exports worldwide and does substantial business in China and Japan, most recently entering Russia in a major way as a bridge toward greater business opportunities in Eastern Europe and the European Union. Acquiring Tesco’s South Korea assets could provide Orion with an even stronger bridge toward European growth.

RELATED TOPIC: Tesco is expanding its food waste charity program in the UK

But whether this will happen remains to be seen. With a hand in everything from sports betting and film distribution to construction and real estate along with its Orion Confectionery wing, Orion Corporation’s reach is massive within South Korea. Nonetheless, Tesco’s South Korea arm is valued at $6 billion USD (£3.9 billion) which is no small amount—not a bid to be taken lightly.

Still, if the supermarket chain is managed well by such a diversified business, it could continue to be quite lucrative for its new owner and even continue to grow. Orion has made no concrete decision to bid yet, but it wouldn’t be surprising if that bid is placed before too long.