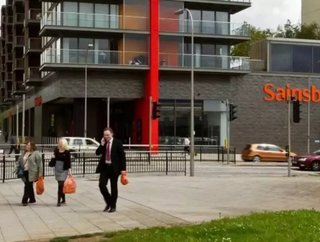 As the world of retail evolves, one crucial aspect is finding new ways to provide improved convenience to your customers. Several supermarket chains in...

As the world of retail evolves, one crucial aspect is finding new ways to provide improved convenience to your customers. Several supermarket chains in the UK have turned their focus toward commuters, especially those using the London Underground system, and developed the concept of Click and Collect to help those commuters buy and pick up their groceries more conveniently.

The new service will be available in several London Underground stations including Oakwood, Totteridge and Whetstone, Woodside Park, Leytonstone, Loughton, Debden, and South Woodford, beginning in July. The service will be free for all orders over £20 through August, and with a £1.99 service charge after that. That’s enough to cover logistics fees, while still being low enough to make the service worth it for consumers.

"We are always looking at new ways to serve our customers and make their lives easier so we are delighted to launch this new service,” Sainsbury’s Director of Online, Robbie Feather, said.“We are confident that the combination of Sainsbury’s quality and great service combined with the convenience that this brings will be a real hit with customers."

"We’re delighted that Sainsbury’s has joined the Click and Collect revolution on our network,” added Graeme Craig, Director of Commercial Development at Transport for London. “Across a range of services, we want to work with Britain's outstanding retailers, both large and small, and Sainsbury's is a fantastic addition to our list of partners."