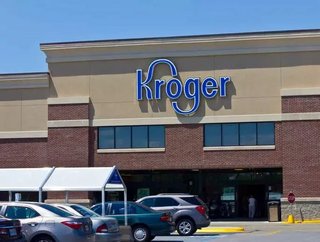 Ever since Amazon acquired Whole Foods and entered the grocery market, Kroger Co.’s stock has taken a hit. However, all of that changed last Thursday...

Ever since Amazon acquired Whole Foods and entered the grocery market, Kroger Co.’s stock has taken a hit.

However, all of that changed last Thursday when the supermarket giant’s stock rose more than 11% following its third-quarter earnings report.

Kroger announced a US$397mn profit in its third-quarter - a 1.5% increase from the same period last year that exceeded Wall Street estimates.

The fact that investors have found a reason to be optimistic about Kroger, demonstrates that it can hold its ground despite strategic moves by its rivals Amazon and Walmart.

Kroger, which operates 2,800 stores across the US, said aggressive discounting and sales helped to lure more customers to its stores.

The retail giant has also expanded its own digital offerings and recorded a rise in digital revenue of 109%.

"This quarter shows that by investing for the future, our business continues to improve and gain momentum," said Kroger CEO Rodney McMullen.

"We remain confident in our ability to continue to grow identical supermarket store sales and market share for the balance of the year and in 2018."

The Cincinnati-based supermarket chain has said that it also plans to explore a sale of its convenience-store business.