Jerky proves a hit in Europe, will drive meat snack market past $4.5 billion by 2025 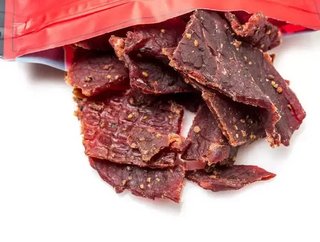 Once a solely US snacking favourite, jerky is now very much on the snacking menus of many Europeans, a trend which is driving growth in the continent...

Once a solely US snacking favourite, jerky is now very much on the snacking menus of many Europeans, a trend which is driving growth in the continent’s meat snack market.

It is expected to reach USD 4.59 billion by 2025, with the rising demand for healthier protein snacks coupled with growing awareness of healthy lifestyles also expected to drive market growth.

The demand for meat snacks in Europe is expected to increase rapidly as the market is still in its nascent stage. The introduction of Jack Link’s jerky product has transformed the market landscape in this region, and the growing demand for jerky has garnered the attention of major European snack manufacturers. The launch of different product forms, such as handmade sausage crisps, is expected to have a positive impact on market demand as well.

Supermarkets and hypermarkets are the preferred method of distribution for manufacturers, on account of bulk buying advantage. However, rapid growth of e-commerce portals with home delivery services is expected to overshadow the current distribution dynamics, thus restricting growth of traditional large retailers.

Regarding acquisitions, the industry is expected to witness consolidation in the future. This is because of growing merger and acquisition activities with an aim to gain dominance in the product category or establish control over the distribution channels.

For instance, in September 2016 Bell acquired Geiser AG, a company specialising in deliveries to the food service sector. The acquisition was carried out to establish the former’s influence on the restaurant distribution channel.