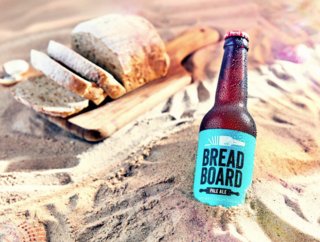 British retailer, Iceland, has partnered with craft brewer Tiny Rebel to create a sustainable beer made from the supermarket’s surplus bread.

British retailer, Iceland, has partnered with craft brewer Tiny Rebel to create a sustainable beer made from the supermarket’s surplus bread.

Named ‘Bread Board’, the beer will be a pale ale made from unsold bread and is said to have “tropical fruit and citrus aromas with a refreshing hopped bite.”

The UK retailer says that the launch will help to reduce food waste and, on top of this, it will also help reduce ocean pollution as 10p from every bottle sold will be donated to the environmental charity Surfers Against Sewage (SAS).

Brad Cummings co-founder and director at Tiny Rebel, said: “We replace some of the malt in a brew with the bread, extracting starches and breaking them down into fermentable sugars, so the bread is more than just a flavouring.

“It's a really drinkable beer that shows the value and the massive potential from using alternative ingredients.”

Iceland’s managing director, Richard Walker, said: “We’re thrilled to be launching Bread Board with the team at Tiny Rebel Brewery.

“By using surplus bread in this way, we’re helping to avoid food wastage and ensuring our resources are being used to their very best potential. The fact it tastes great too is an added bonus!
“As a surfer and environmentalist myself, I’m passionate about the need to protect our oceans and beaches from the scourge of plastics, and the creation of Bread Board gives us the perfect opportunity to combine our sustainability efforts.”
The launch of Beer Board is the latest in a string o sustainability efforts by Iceland.

Earlier this year, the supermarket pledge to eliminate all plastic packaging from its own-brand products by the end of 2023.

It has also trialled a ‘reverse vending machine’ in-store, allowing shoppers to return their plastic bottles.