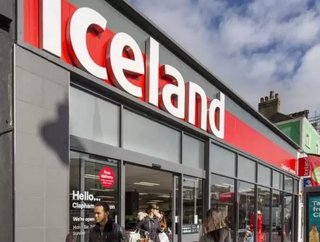 Iceland is to become the first major UK supermarket to pledge to remove palm oil from all its own-brand products, amid concerns that huge swathes of rai...

Iceland is to become the first major UK supermarket to pledge to remove palm oil from all its own-brand products, amid concerns that huge swathes of rainforest in Southeast Asia are being destroyed for its production.

The supermarket, known for its frozen food offering, said that the controversial ingredient has already been taken out of its own-label range, with the rest to be reformulated by the end of the year.

Palm oil is a versatile product that is found in half of the supermarket’s products from biscuits and cereals to chocolate and soap.

The ban will only apply to Iceland-brand products, meaning other items sold by the retailer may still contain palm oil.

However, because of its complex supply chain, only a small percentage of the palm oil used to make these products can verifiably come from an approved sustainable resource.

“Until Iceland can guarantee palm oil is not causing rainforest destruction, we are simply saying ‘no to palm oil’,” said Richard Walker, Iceland managing director, who visited Indonesia last year to see the impact of deforestation. “We don’t believe there is such a thing as verifiable ‘sustainable’ palm oil available in the mass market.”

Iceland will be removing the controversial product from 130 of its food lines which will reduce demand by more than 500 tonnes per year, the company said.

It has worked with its suppliers to substitute palm oil for alternatives such as rapeseed and vegetable oils.

In regions such as Indonesia and Malaysia, expanding palm oil and wood pulp plantations have become the biggest drivers of deforestation, threatening wildlife species such as the Bornean orangutan.

As such, many companies in the food and beverage sector have pledged to take steps to reduce their use or sustainably source palm oil.

For instance, in January, global consumer goods giant Unilever struck a deal with a government-owned palm oil plantation firm in Indonesia to help accelerate the production of sustainable palm oil in the country.

Speaking of Iceland's pledge, John Sauven, executive director of Greenpeace UK, said: “Iceland has concluded that removing palm oil is the only way it can offer its customers a guarantee that its products do not contain palm oil from forest destruction. This decision is a direct response to the palm oil industry’s failure to clean up its act."

"As global temperatures rise from burning forests, and populations of endangered species continue to dwindle, companies using agricultural commodities like palm oil will come under increasing pressure to clean up their supply chains," he added.

"Many of the biggest consumer companies in the world have promised to end their role in deforestation by 2020. Time is running out not just for these household brands but for the wildlife, the climate and everyone who depends on healthy forests for their survival.”