How Woolworths and Coles took over the supermarket industry in Australia 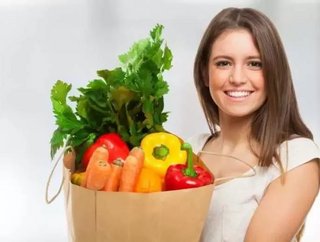 Australians spend about $100 a week at supermarket giants Coles and Woolworths related retail outlets, but how have the two industry giants been able to...

Australians spend about $100 a week at supermarket giants Coles and Woolworths’ related retail outlets, but how have the two industry giants been able to take over the nation’s retail sector?

Both are among Australia’s largest employers with more than a combined 400,000 workers, and both companies operate about 1,000 supermarkets and other retail outlets.

However, with about 95 percent of its products made internally, German discount chain Aldi is expected to be the most dangerous opponent to the entrenched dominance of Woolworths and Coles.

Part of Aldi’s strength comes from a higher level of vertical integration than other local chains, which has expanded quickly into Australia by appealing to the same low-price, bargain-hunting instinct that has served Coles and Woolworths so well.

Some analysts believe Aldi will overtake Coles and Woolworths as Australia’s top retail within the next 15 years, as once it gets a large market share, all of its products will come from China.

But despite the growing concerns for the future, Coles and Woolworths are still on top. Here are five reasons the two supermarket retailers have taken over the Australian grocery sector according to our sister site Business Review Australia.

1. Coles and Woolworths started out as small businesses

Both Coles and Woolworths were founded as small, family-owned general merchandise stores.

The Coles family started out as general storekeepers who sold supplies to gold prospectors during the Victorian gold rushes. After researching the idea of ‘one-stop shopping’, the first Coles stores were opened in 1914 outside of Melbourne. Within the next 10 years, there were nine Coles stores in Melbourne.

Woolworths was born in Sydney as Woolworths Stupendous Bargain Basement. The Woolworths name came from the U.S. retailer F.W. Woolworths.

RELATED TOPIC: Why supermarkets should be taking advantage of big data

2. The two giants have grown into increasingly similar businesses

When one of the chains does something, the other isn’t far behind.

This was the case when Coles and Woolworths first began selling food — Woolworths was first in 1955, followed closely by Coles in 1956 — and more recently, the two companies have pursued similar marketing strategies revolving around low prices.

3. Both will stop at nothing to pursue their interests

Woolworths and Coles have gone to great lengths to achieve their goals.

This is evident in just about every facet of business: with competitors, suppliers, employees and customers.

While some might think they’re supermarkets, they’re also the petrol stations, the convenience stores, the bottle shops and the hardware stores. Meanwhile, everybody else is going out of business.

4. Coles and Woolworths have followed the lead of their UK and U.S. counterparts

Several practices adopted by Coles and Woolworths in recent years — including some that have landed the companies in trouble — are the same things done by the leading U.S. and UK supermarkets.

Asking grocery suppliers for rebates in exchange for access to shelf space was pioneered in the UK and the U.S. grocery sectors, as was the cost strategy that underpinned the heavy discounting of the milk price wars that saw Coles and Woolworths both sell cartons of milk for just $1.

5. Winning over future customers will be done by using data

The most recent part of Coles and Woolworths’ history was about extracting as much value from suppliers as possible to generate growth.

But the supermarket giants are beginning to recognize they can only crunch the suppliers so far before they begin to damage themselves.