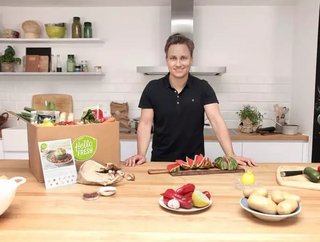 HelloFresh, the German meal-kit delivery start-up, has announced plans to raise up to US$352mn in an initial public offering on the Frankfurt Stock Exch...

HelloFresh, the German meal-kit delivery start-up, has announced plans to raise up to US$352mn in an initial public offering on the Frankfurt Stock Exchange.

The move would value the Rocket Internet-backed company at up to EU€1.5bn in the public markets, below its last private market valuation of EU€2bn.

The IPO may come as a surprise to some, following the disappointing market performance of rival meal kit company Blue Apron in the public market last year.

Blue Apron cut its valuation a few days after Amazon unveiled its plans to buy Whole Foods for US$13.4bn, a deal which sent shockwaves throughout the retail industry.

The offering by HelloFresh comes two years after the company shelved a planned IPO in 2015.

The announcement is a boost for German e-commerce investor Rocket Internet, which owns a 53% stake in the company.

Dominik Richter, co-founder and CEO, said that an IPO “marks the next logical step to further expand our business” as HelloFresh seeks to secure its “position as the leading global player and to pursue our long-term growth strategy”.

The meal-kit delivery service increased its number of active customers to 1.3 million in the second quarter and said that it would use the process to promote growth as it seeks to make the service more personalised and add more options, like wine and desserts.

The company claims that 50% of its food comes directly from local producers and therefore, this cut out intermediaries and reduces time and storage costs.

HelloFresh’s sales have continued to grow rapidly, soaring 53% from its second quarter last year to more that EU€230mn.

However, the Berlin-based meal-kit company is still posting losses. In the half-year to June, it logged a net loss of EU€56.7m, versus a loss of €52.9m a year earlier.

The company said its “strategic goal is to reach break-even within the next 15 months.”