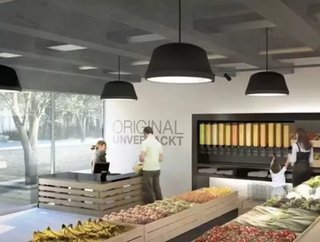 Germany is no stranger to green initiatives &ndash; with a wide range of federal projects, from storm water collection to wind turbines for the generati...

Germany is no stranger to green initiatives – with a wide range of federal projects, from storm water collection to wind turbines for the generation of green energy, the country strives to be a sustainability leader in the European Union. Private business is getting involved as well: this month, Germany’s first zero-waste supermarket opened in Berlin.

Sara Wolf and Milena Glimbovski are the entrepreneurs behind Original Unverpackt, reportedly inspired and spurred on by the 16 million tons of packaging waste that is produced in Germany each year. Following the lead of similar zero-waste grocery stores that have opened around the world, like Austin, TX’s in.gredients, Original Unverpackt works on a container-free bulk grocery model and encourages customers to bring in their own reusable containers and bags from home to take home their purchases. The store will also offer containers that shoppers can use if they forget to bring their own.

Perhaps the most important point of separation between Original Unverpackt and others is its size – it’s the rare zero-waste supermarket that is scaled in an earnest attempt to compete with Germany’s larger supermarket chains. This could put some pressure on these established brands to rethink their environmental policies.

Can other retailers learn from waste-free supermarkets like Original Unverpackt? In.gredients is still going strong two years after its opening, which means that zero-waste supermarkets are financially viable. Original Unverpackt, meanwhile, has had a phenomenally successful crowd funding campaign that shows this is something consumers want to see more of. While this is still a ways off from becoming a mainstream trend, it’s also becoming less far fetched with every passing year.