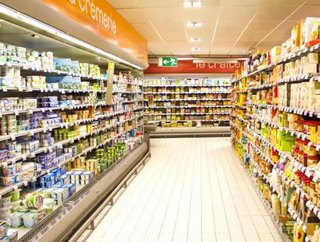 Food waste is a major problem within the retail industry. Most professionals recognize this to at least some degree and are exploring different ways to...

Food waste is a major problem within the retail industry. Most professionals recognize this to at least some degree and are exploring different ways to reduce food waste, up to and including marketing blemished or irregular produce as more “authentic” and desirable. Still, no matter how many customers go for a misshapen apple or an off-color plum, tons of edible products are thrown out or destroyed at their “sell by” date at supermarkets around the world—but France is 100 percent done with this common practice, and it’s opting out.

This month France’s parliament gave its unanimous approval to a new law that in part forbids supermarkets from tossing its unsold yet still edible food products in the dumpsters at their “sell by” date, and from destroying it with bleach or other chemicals as some supermarkets do to ward off dumpster divers. In accordance with the new law, supermarkets are now mandated to donate that unsold food to charities that can either provide the food to people in need or process it into animal feed. According to UK publication The Guardian, supermarkets over 400 square meters (approximately 4,305 square feet) must arrange partnerships with charities by July 2016 or else face fines of up to €75,000 or even up to two years in jail. The law works to solve multiple problems, addressing hunger as well as food waste at once:

As MPs united in a rare cross-party consensus, the centre-right deputy Yves Jégo told parliament: “There’s an absolute urgency – charities are desperate for food. The most moving part of this law is that it opens us up to others who are suffering.” […] “It’s scandalous to see bleach being poured into supermarket dustbins along with edible foods,” said the Socialist deputy Guillaume Garot, a former food minister who proposed the bill.

The law isn’t foolproof: The Guardian reached out to food waste countering activists who have concerns that the law may not go far enough in its reach to address all of the root causes of food waste:

[Advocacy group Gars’pilleurs] and four others issued a statement earlier this year warning that simply obliging supermarket giants to pass unsold food to charities could give a “false and dangerous idea of a magic solution” to food waste. They said it would create an illusion that supermarkets had done their bit, while failing to address the wider issue of overproduction in the food industry as well as the wastage in food distribution chains.

But the law also includes a mandate for education on food waste, and while it is not a catch-all solution it is certainly a start and a key pillar of France’s overall plan to halve its food waste within the next decade. The country’s leaders are also hoping that this mandate may inspire other regions to consider their own actions against food waste as well.

RELATED TOPIC: 3 ways Wales is cutting down on food waste

This isn’t a mandate in any other country in the world yet. There’s no law requiring businesses to donate their still perfectly edible food waste to charity, instead of simply destroying their food surplus outright. But should there need to be a law for this gesture to take hold? It may take some significant effort to build charity partnerships and establish effective logistics measures to get such a program off the ground and running smoothly, especially to ensure that food at its sell-by date is delivered to charities in need with enough time for them to distribute that food while it’s still good to consume. But once the infrastructure for such a program is built, it could put tons of otherwise wasted food to good use annually.

If other countries don’t take lessons from France in a public forum, perhaps supermarket chains can take those same lessons to heart in their own private forum and start making moves of their own ahead of legislation. By being the first to do it, a move like France just made looks like avante garde heroism—and it is. But when the amount of food wasted around the world is compared to the amount of people who go hungry every day, it also starts to look like plain common sense.

[SOURCE: The Guardian via Mother Jones]