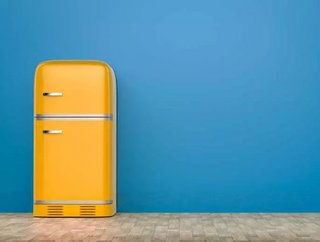 A year on from the global Kigali deal to phase out hydrofluorocarbons (HFCs) in refrigeration, a new report has revealed that 40% of food retailers are...

A year on from the global Kigali deal to phase out hydrofluorocarbons (HFCs) in refrigeration, a new report has revealed that 40% of food retailers are not fully aware of the regulatory changes and replacement technologies.

The report comes as retailers are being urged to phase out the use of HFC’s in refrigeration and air conditioning to help reduce the impact of climate change.

The poll also disclosed that whilst 81% of European retailers are positive about the transition, only 56% of those polled have started to make the shift away from HFC’s to natural refrigerants.

Where retailers had begun to phase out HFCs, the reasons for selecting a certain alternative replacement refrigeration systems included safety (57% of respondents), energy efficiency (53%) and environmental sustainability (48%).

The Kigali amendment to the UN Montreal Protocol, a landmark UN agreement, aims to reduce the use of HFCs as they could cause 0.5C of global warming by the end of the century.

Countries such as the US, Japan and the European nation have pledged to start phasing out synthetic HFCs in 2019, whilst India and a range of developing countries have committed to a 2028 start date.

Hydrofluorocarbons - originally introduced as a replacement for chlorofluorocarbons (CFCs) - have a detrimental environmental impact, with a global warming effect that is 4,000 times more harmful than CO2 emissions.

The new survey findings from Emerson and international polling company ComRes, also revealed that, among the three primary alternative options available, carbon dioxide (CO2) technology was the preferred choice for replacing HFC systems at 38%, followed by hydrocarbons such as propane, and hydrofluoroolefins (HFOs).

Despite being a popular HFC replacement choice, reports show that CO2 could cost a retailer as much as €51,000 more per store compared to hydrocarbon integral systems over a 10-year period.

“European retailers are enthusiastic about the transition to low GWP refrigerants, but it is concerning that there is still a lack of understanding of the upcoming regulatory changes,” said Eric Winandy, Director of Integrated Solutions at Emerson Commercial and Residential Solutions.

“It was also surprising that capital and operational cost doesn’t rank as a key driver for retailers identifying replacement systems, as industry analysis shows there could be big maintenance liabilities associated.”