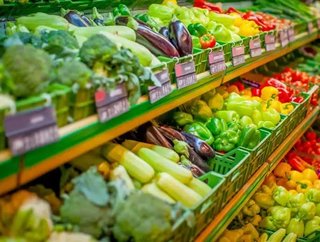 Dunnes Stores has claimed the top spot in the Irish grocery market for the first time since February this year. According to data from Kantar Worldpane...

Dunnes Stores has claimed the top spot in the Irish grocery market for the first time since February this year.

According to data from Kantar Worldpanel, the Irish retailer overtook Tesco to become the largest grocery retailer by market share during the 12 weeks ending 7 October 2018.

Dunnes Stores reported sales growth of 3.4% during the period, giving it a total market share of 22.1%.

Kantar Worldwide suggests that the sales rise was fuelled by a focus on promotional campaigns.

Douglas Faughnan, consumer insight director at Kantar Worldpanel, said: “Dunnes traditionally performs strongly over the festive period and the retailer may feel like Christmas has come early this year.

“While it is too soon to assess the full impact of its new Everyday Savers offer, which prices many own brand everyday items at a euro or less, Dunnes’ continued focus on shopper campaigns has helped to attract an extra 14,000 shoppers this period.”

After six consecutive periods at the top, Tesco was the second-largest period supermarket during the period, accounting for 21.5% of total grocery sales.

SuperValu came in third place with 21.4% of the market share whilst, on 11.8, Aldi overtook rival Lidl to become Ireland’s fourth largest grocer by sales.

Aldi achieved a record market share of 11.8% during the period after the grocer attracted an additional 28,000 shoppers through its doors.