Could Tesco Be On Its Way to a Three-Way Split? 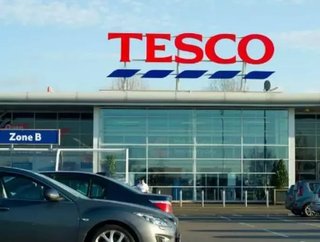 Former Unilever executive Dave Lewis is going to have his work cut out for him when he takes over as the new Chief Executive Officer at Tesco on October...

Former Unilever executive Dave Lewis is going to have his work cut out for him when he takes over as the new Chief Executive Officer at Tesco on October 1. According to new reports, one major issue he will be facing is pressure to split the massive retail empire into smaller and more manageable parts.

Mr Monteyne, himself a former Tesco executive, said: “Splitting themselves into different channels allows them to use different strategies with different customers. Rip out 20 per cent of the range, have cheaper shelving and cheaper products in the more deprived areas and give customers a better deal. In London, where people want someone behind the counter who knows the difference between a parma ham and a serrano ham, that requires more investment.”

Tesco’s current policy is to offer the same prices nationwide, in an effort to promote fairness and stave off questions of price fixing, but Monteyne argues that this policy has hamstrung Tesco’s ability to be competitive – what is a fair price in an affluent city could be cost-prohibitive in a more rural region.

Monteyne admits that his views could be perceived as eccentric or extreme, but objectively it’s a strategy worth exploring further – after all, the largest contribution to Tesco’s board of directors pushing former CEO Phillip Clarke out of his role is Tesco’s plummeting market share within the UK. In Europe as much as anywhere else, specialty grocery chains like Waitrose and Aldi are steadily gaining ground with consumers who are looking for a shopping experience more specifically tailored toward their needs.

There’s no telling whether this will get past the suggestion stage. But Lewis will certainly have a lot to think about when he moves into his new role.