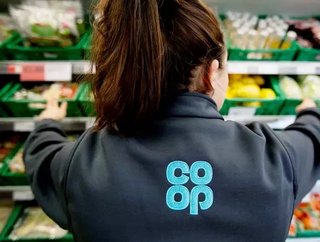 The Food Standards Agency estimates that the UK throws away around 7.3mn tonnes of food every year, the majority of which could have been eaten. Howeve...

The Food Standards Agency estimates that the UK throws away around 7.3mn tonnes of food every year, the majority of which could have been eaten.

However, a major retailer hopes to change that by becoming the first to sell food that is past its ‘best before’ date in order to reduce food waste.

From this week, the Co-op in the East of England will sell canned goods and dried foods like pasta, crisps, and rice, for 10p once they have reached their best-before date.

The 'best before' date refers to the quality of the food, rather than its safety. When the date is passed, it doesn’t mean the food is harmful but, rather, indicates the product might lose its flavour or texture.

The offer will not apply to fresh and perishable foods which carry a 'use by' date indicating when a product is safe to eat.

The East of England Co-op —the biggest independent retailer in East Anglia — has made the move following a three-month trial in 14 stores which found that the reduced items generally sold within hours of being discounted.

Running with the slogans such as “Don’t be a Binner, have it for dinner” and “It’s not nice to be dumped”, the food waste scheme will apply to the 125 Co-op stores in East Anglia.

The East of England Co-op hopes to save at least two tonnes of food from being wasted annually with the initiative.

"The vast majority of our customers understand they are fine to eat and appreciate the opportunity to make a significant saving on some of their favourite products," said Roger Grosvenor, East of England Co-op's joint chief executive.

"This is not a money-making exercise, but a sensible move to reduce food waste and keep edible food in the food chain," he added.

The UK government’s waste advisory body, Wrap, says that over GBP£13bn-worth of edible food is thrown out in Britain every year.