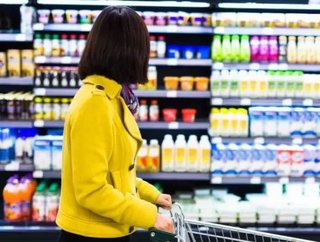 Self-service supermarkets have been gaining in popularity in several regions around the world, thanks to the success of self-service checkout stations a...

Self-service supermarkets have been gaining in popularity in several regions around the world, thanks to the success of self-service checkout stations at chains like Sainsbury’s and Fresh & Easy. That said, they haven’t caught on equally everywhere just yet. But they are making their way in various forms. This week, the first self-service supermarkets in China were launched in Beijing and Hangzhou.

According to China-based news outlet Shanghaiist, the self-service markets are not subsidiaries of Tesco or any other global supermarket chain. Rather, the markets are reportedly the brainchild of Zhima Credit, a credit rating system developed by China’s massive commerce empire Alibaba. Shoppers at the markets were able to pay either with cash or with Alibaba-owned Alipay.

Since the self-service supermarkets aren’t linked to any specific supermarket chain, it stands to reason that the launch of these particular supermarkets had a different motive than just the expansion of commerce alone. Indeed, as Shanghaiist reports, the markets were created as a study to test consumer honesty.

So what were the results? Overall, the results were positive—though there were some consumers who took advantage of the lack of accountability that comes from self-checkout:

Several customers walked out with expensive items that they hadn't paid for, while one left 10 yuan at the checkout counter and walked off with packs of cigarettes and bottles of liquor. The Hangzhou store sold 16,700 yuan in goods but only received 13,700 yuan, losing around 3,000 yuan.

So while these may not be permanent, perhaps this experiment could pay the way for the entrance of true self-service markets in the very near future.