Candy is coming to Ikea, but what does this mean for the country’s health? 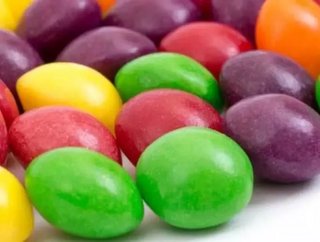 Originally reported by thestar.com and our sister brand Business Review Canada, Ikea will be brining a Swedish tradition to Canada&mdash;the furniture c...

Originally reported by thestar.com and our sister brand Business Review Canada, Ikea will be brining a Swedish tradition to Canada—the furniture company has decided to add candy to its inventory. However, has this idea been thoroughly considered? Not only could the business be starting a war with other candy shops, but is Ikea promoting obesity?

RELATED TOPIC: Why Tesco is expanding its ban on checkout candy

While candy tastes good and people of all ages enjoy it, does the world really need access to more junk food? Specifically, when too much of the world is already or dangerously teetering toward obesity, why place temptation in someone’s face?

Furthermore, what is going to happen to other stores—particularly ones whose sole inventory is chocolate and sugar—once Ikea becomes a form of completion?

Pick and Mix—Ikea’s in-store Scandinavian candy shops—will be coming to Canada in the fall. But why? It’s tradition—that’s why.

Known as “Saturday Candy,” this tradition dates back decades. However, in recent years, the action has taken place during the week, too, or whenever children and adults feel the need to splurge on a sweet treat.

It would appear that Ikea wants candy in their stores to pay homage to the country where the store originated. Fantastic—quite respectful and honorable. But what about the consequences that could follow?

Do kids really need more access to sugar and sweets? Instead of candy, why not promote fresh fruits and vegetables? Instead of Saturday Candy, the new tradition could be known as Saturday Nutrition or Healthy Snack Attack (you get the idea).

The point is that the furniture store could keep similar traits to the past tradition, but simultaneously  promote healthy snacking. Not to mention, a sweet tooth can be cured by several different types of fruit.

Already available in the United States, there are 45 varieties of sweets that include gummies, sours, marshmallow, chocolate and licorice for $7.99 a pound. Can you feel the waistband of your pants expanding? Interestingly enough, all candies are made from Swedish recipes.

And while the Ikeas across Canada haven’t confirmed a price, they have said that all of the candies will be free of high fructose corn syrup, trans fats and GMOs.

Let that tidbit of information sink in for a minute.

RELATED TOPIC: Why is Starbucks raising its prices yet again?

We’ll just bypass the $7.99 a pound factor (seriously?!) and jump right to the ingredients. While a representative has mentioned what the candies won’t contain, can we believe the statement to be true? And if it is, how long will it be until the recipes change and more toxic components are added? Furthermore, it was nice for Ikea to reveal what won’t be in the candy, but what will be in it?

Perhaps candy in Ikeas across Canada won’t be such a bad thing. There’s only one way of finding out. Not to mention, just because the candy is there, doesn’t mean it will sell. After all, it will be up to the parents to decide what their children can and cannot eat.