Can Tesco win customers by reducing the sugar in its own brand soft drinks? 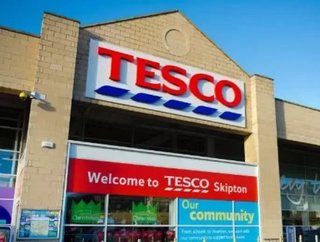 As UK supermarkets struggle through increased competition and a difficult climate, they are going to have to think outside the box to creatively win bac...

As UK supermarkets struggle through increased competition and a difficult climate, they are going to have to think outside the box to creatively win back valued loyal customers. Could embracing healthier lifestyles and a more conscious diet turn out to be a path to building a better following? It’s possible. Tesco may be following such a path—a year ago, the chain announced that it would be banning sweets and snacks from checkout lines. Now the chain is following up with its announcement this month that it will begin gradually reducing added sugars in its own-brand soft drinks by 5 percent each year.

RELATED CONTENT: Why Tesco is expanding its ban on checkout candy

As the BBC reports, this seemingly small incremental decrease in added sugars actually has the potential to positively add up over time: within four years, Tesco will have removed two teaspoons of sugar from its soft drinks using this 5 percent per year model. Considering that Tesco soft drinks currently contain anywhere from nine to 11 teaspoons of sugar, even a reduction of two teaspoons would be significant. Advocacy group Action on Sugar applauded the move from Tesco as a smart choice for UK consumers that is paving the way for other supermarkets providing healthier options as well:

Prof Graham MacGregor, chairman of Action on Sugar, and professor of cardiovascular medicine at Queen Mary University London, says the supermarket chain's decision to commit to an incremental reduction in added sugars is really important. "Merely having the option of diet or no-sugar products does not work, particularly for the most socially deprived. This is the way to do it. Now the pressure will be on other supermarkets and other brands to follow suit," he said.

But is it going far enough? After all, sustainability and green consciousness are some traits that truly sell brands right now, so this is important. For some others like The Guadian journalist Tim Lang, Tesco’s new measure simply can’t measure up to what it would mean for the UK government to enact such changes nationwide:

If implemented, it heralds the reduction of two teaspoons of sugar per cola can within four years, not to be sniffed at when obesity is seemingly out of control and soft drinks are such a significant factor. This is progress certainly, but not the big change needed; For that, we need industry-wide and national re-orientation involving new policies, firm regulation and tough reformulation standards plus a major cultural change in the consuming public.

While big change would be more ideal, however, this smaller change is manageable enough to enact and public enough to shine a spotlight on other supermarkets and retailers who are not doing the same. In the meantime, it could inspire consumers to take another chance on Tesco as their thoughtful and more healthful supermarket of choice. For the grocery brand, that would be the biggest win of all.