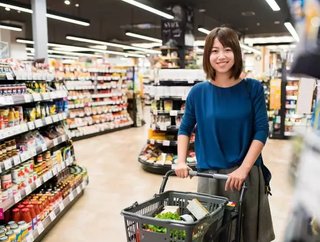 Asia will continue to lead growth in the global grocery retailing sector, according to the latest forecast by IGD.

The global grocery retail market is expected to create US$2.7trn in sales over the next five years, with growth dominated by the market in Asia

Asia’s region’s grocery retail industry will be significantly boosted by a rising population and increasing shopper spend, with consumer spending in the region accounting for nearly half of additional sales generated to 2022.

The global report predicted a positive outlook for the global retailing sector over the coming years.

“Our new global grocery forecasts reveal a positive outlook for the sector as we predict that most regions will experience faster growth to 2022 than forecast in 2016, representing excellent opportunities for retailers and manufacturers,” said Jon Wright, head of retail Insight at IGD.

“However, an awareness of the underlying causes of growth in each region is key. Despite it being set to experience the strongest uplift, growth in Africa’s grocery market will be primarily driven by inflation rather than increased consumer spending.

The most attractive and sustainable growth opportunities are in markets where sales increase will be due to population growth or consumers spending more money – for example, Asia, Latin America and North America.”

The forecast concluded that Asia’s grocery market will add US$1.2trn in sales, which is more than Africa, Europe and Latin America combined.

It also predicted that Europe will benefit the most from an increase in shopper spend, particularly in central and Eastern Europe.

Speaking about the growing Asia market, Jon Wright said: “With China, India and Japan all in our top five, Asia’s grocery market continues to be in rude health thanks to growing populations and shoppers with more disposable income. Innovations in this market also continue apace, especially in China, where retailers are experimenting to drive the online and convenience channels.”