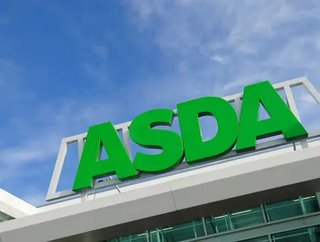 UK supermarket chain Asda has posted its fourth consecutive quarter of consecutive growth, shortly after it has revealed a proposed $12bn tie-up with Sa...

UK supermarket chain Asda has posted its fourth consecutive quarter of consecutive growth, shortly after it has revealed a proposed $12bn tie-up with Sainsbury's.

Asda credited its ‘growing sales momentum’ from January to March to its strong performance at Easter.

Britain's third biggest grocer saw a 3.4% jump in like-for-like sales during the first three months of the year.

Chief executive and president of Asda, Roger Burnley, said that the financial results marked “genuine momentum” for the supermarket chain.

He said: “During the first three months of the year, we have continued to invest sensibly where it matters most to our customers with lower prices, innovation in our own brand and further improving their shopping experience whether in-store or online.

“Whilst we are not complacent, we are positive about our growing momentum and excited by the opportunity that our proposed merger with Sainsbury’s offers to accelerate our successful strategy and go further, faster.”

During the quarter, Asda also introduced scan and got to 100 stores and introduced Google Assistant to enable customers to use voice recognition for grocery home shopping.

Walmart president and CEO Doug McMillon praised the positive results and said he was pleased with the response towards the Sainsbury's-Asda merger.

“We believe this proposed combination is good for customers and colleagues as well as shareholders,” he added.

If Sainsbury’s and Asda were to merge they would have over 1,200 supermarkets, nearly £50bn in annual sales, around 355,000 employees, and a 30% share of the grocery market, in a deal which could end Tesco’s reign as the UK’s biggest supermarket chain.

The two supermarkets have pledged to slash prices by nearly 10% if the tie-up wins regulatory backing.