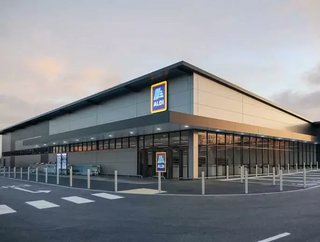 Aldi UK and Ireland has pledged to halve its food waste by 2030. The discounter said that it would reduce its operational waste across the UK and Irela...

Aldi UK and Ireland has pledged to halve its food waste by 2030.

The discounter said that it would reduce its operational waste across the UK and Ireland by 50% over the next 12 years.

To achieve this, the supermarket has after joining the UN network ‘Friends of Champions 12.3.’

This coalition works towards Target 12.3 of the UN’s Sustainable Development Goals: halving food waste per capita and reducing food losses by 2030.

“Food waste is one of our sector’s most pressing issues, and reducing it is everyone’s responsibility. By joining this network, we hope to work with others in the industry to tackle this collectively by sharing data and resources,” said Oliver King, Aldi’s managing director of corporate responsibility.

The discounter will also collaborate with the Waste and Resources Action Programme (WRAP) and increase partnerships with surplus food organisations such as Fareshare and FoodCloud.

Aldi, currently the UK’s fifth largest supermarket, will also encourage customers to reduce their food waste through initiatives such as ‘love food, hate waste’ promotional messaging on its products.
Since late 2015, the retailer said it has redirected “2,415 tonnes of surplus from waste, which is the equivalent of 5.75mn meals.”
The company is set to open 70 new stores this year and by 2022 it will operate more than 1,000 stores.
Speaking of Aldi’s sustainability initiative, WRAP’s development director Richard Swannell said: “With one-third of the world’s food is lost or wasted, costing the global economy $950bn every year, the food waste challenge is monumental and urgent. The UN SDG goal 12.3 is ambitious and achievable – but only if we set targets, measure and galvanise action from governments, business and citizens from all over the world.
He added: “We look forward to working with Aldi through the Champions 12.3 network to tackle what is one of the key issues of our generation.”


Since October 2015, Aldi said its suppliers have diverted “2,415 tonnes of surplus from waste, which is the equivalent of 5.75 million meals”.