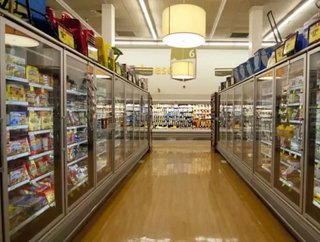 Back in June, Safeway reached an agreement with opposing shareholders that would allow the major supermarket chain to merge with supermarket group AB Ac...

Back in June, Safeway reached an agreement with opposing shareholders that would allow the major supermarket chain to merge with supermarket group AB Acquisitions (that is to say: Albertsons LLC, owned by investor group Cerberus Capital Management LP). But while the $9 billion deal may have finally received the blessing of Safeway shareholders, the merger still had to face the antitrust scrutiny of the Federal Trade Commission. Today the FTC approved the deal—so long as the chains follow through on a promise to sell off 168 locations in an effort to lessen concerns about competition.

The main issue has been that in several states—Arizona, California, Montana, Nevada, Oregon, Texas, Washington, and Wyoming—Albertsons and either Safeway or Safeway-owned brand Vons are the two most prominent grocery chains (aside of course from Kroger, the all-time largest grocery chain in the United States and owner of several other brands like Ralphs and recently Harris Teeter). The FTC argued that Safeway and Albertsons merging could significantly dampen competition in these areas especially, making it more difficult for local and regional chains to keep up and eventually allowing the newly merged entity to charge higher prices uncontested:

"Absent a remedy, this acquisition would likely lead to higher prices and lower quality for supermarket shoppers in 130 communities," FTC Chairwoman Edith Ramirez said in a statement. "This settlement will ensure that consumers in those communities continue to benefit from competition among their local supermarkets."

So to remedy the situation, Albertsons and Safeway will be divesting 168 stores throughout the aforementioned states to stave off antitrust issues. The supermarkets will be split among four FTC-approved retail companies:

Now with the FTC’s approval, the merger is expected to be finalized within the next week. Upon reaching that milestone, Safeway will be delisted from the New York Stock Exchange marking the end of a supermarket era.