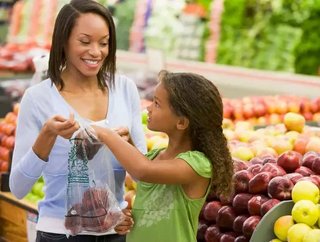 ‘Sustainability’ is often seen as a popular buzzword in the food and drink industry, however, it seems that it is becoming an increasing concern for...

‘Sustainability’ is often seen as a popular buzzword in the food and drink industry, however, it seems that it is becoming an increasing concern for consumers, according to a recent report by the Hartman Group.

The survey reveals that about 70% of consumers say they want retailers to be more transparent about their sustainability efforts.

The term ‘sustainability’ is often interpreted as referring to environmental issues like recycling, reducing emissions and using renewable materials.

However, the survey points out that, nowadays, the term also relates to labour issues, animal welfare and other measures involved in product development.

The Hartman Group also conclude that sustainability just a feel-good measure; it can also boost sales, as when deciding between two identical products, shoppers will typically go with the one which is more transparent when it comes to sustainability so, for instance, if it has a sustainable certification or if it tells a backstory.

Laurie Demeritt, CEO of The Hartman Group, said: “Transparency is more than enabling a moral evaluation of trustworthiness for brands; it is a way for companies to reveal details about production and sourcing that enable consumers to find higher-quality distinctions otherwise concealed in conventionally marketed branded commodities.”

In the survey, respondents also named Walmart, Target and Whole Foods as some of the most transparent companies when it comes to sustainability efforts.

Whole Foods also predicted that transparency will be a top food trend for 2018, and as a result, the company has said that in September of 2018, all in-store Whole Food items will have labels illustrating whether the items are GMO or not.