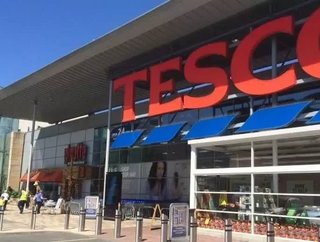 Changes are coming to Tesco. 2014 was a problematic year to say the least, and 2015 is going to be a time for the brand to improve profits and build a p...

Changes are coming to Tesco. 2014 was a problematic year to say the least, and 2015 is going to be a time for the brand to improve profits and build a place for itself in a changing retail landscape full of strong competitors like Aldi and Lidl. Through these changes the brand hopes cut down on overhead costs, ultimately saving as much as £250 million a year that it can then use to fund improvements in other areas and become more competitive. That’s a lot of money, but what will Tesco be losing in the process?

Perhaps the biggest headline from Tesco news this week is that the chain has plans to close 43 of its stores. These will be stores that Tesco deems unprofitable and beyond reversal, and according to reports more than half of the closing stores will be Tesco Express convenience stores.

When stores close, jobs are lost—that much is an incontrovertible fact. With the loss of 43 Tesco stores, many Tesco employees will also be out of work. But job cuts won’t be limited to the shop floor, either. UK financial source This is Money reports that, while no specifics have been given out yet on exactly how many jobs will be cut, head office positions will also be at risk.

If you are in the process of closing 43 of your current locations, it only makes sense to refrain from committing to building any new locations until you’ve gotten a handle on and improved sales and profits at the current locations you have left. In light of this, Tesco has decided to cut its 2015/2016 spending budget by £1billion and shelve its existing plans to open 49 new stores. According to This is Money, Tesco CEO Dave Lewis noted that this decision comes “with a heavy heart.”

This could be the most controversial cut that Tesco is making this year. According to Reuters, up to now Tesco was one of the last FTSE 100 companies to offer a defined and significant pension plan—retirees could look forward to income for life based on their average wages. But Tesco’s cache of 350,000 active employees and pensioners is outpacing what the chain can afford, leading to Tesco’s statement that the company will be “revaluing” its pension scheme this year and ultimately discontinuing it by 2016. As Reuters reports, most business experts note that defined pensions are pretty unusual in this day and age and are calling the cut reasonable. Still it must come as a blow to Tesco employees, especially those who have made it a lifelong career.