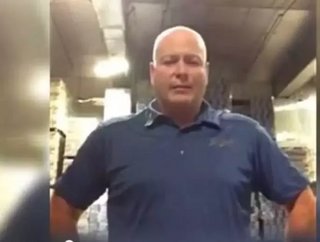 Today the National Beer Wholesalers Association (NBWA), a trade association for the beer distribution industry, announced the winner of its second annua...

The contest asked participants to talk about why they love their job and what the beer industry means to them, with the winning entry gaining a trip to the NBWA’s 77th Annual Convention this year in New Orleans. In a video highlighting McAmis’ journey to the convention, he talks about his expectations for the contest.

“I saw the video that won it a year ago and I really didn’t think I could do anything like that,” says McAmis. “So I just walked back there and did a little two-minute video in our warehouse and sent it in, knowing I didn’t stand a chance – but it worked out.”

But the NBWA and those who have worked with McAmis, a second generation employee at Premium Beverage Sales, felt differently.

“His video was awesome, I was really emotionally moved about it,” says Brian Gelner, Vice President at Premium Beverage Sales, in the video. “His dad worked for us for so long, and was actually my first boss when I first got into the beer business. When you reference that and knowing everything his family has been through and done – it was emotional for me.”

“The American beer distribution industry is strong because of the amazing people who work in it and the passion they have for the work they do in communities across the country,” adds NBWA Sr. Vice President, Communications and Public Affairs Rebecca Spicer in a press release announcing the winner. “Rick submitted a video where he spoke from the heart about his passion for the beer industry, his professional development at Premium Beverage Sales and his respect for the company’s role in his community. His video testimonial exemplifies why we are all proud to be a part of this great industry.”