UPS Promotes David Abney to CEO and Board of Directors Member 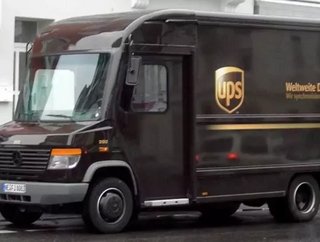 The executive lineup at UPS is changing &ndash; this month, the logistics brand announced that its current Chief Executive Officer Scott Davis will be r...

The executive lineup at UPS is changing – this month, the logistics brand announced that its current Chief Executive Officer Scott Davis will be retiring in September of 2014. To take his place in the role, UPS has selected its Chief Operating Officer David Abney.

UPS has a history of choosing new CEOs from within its pool of current executives, and Abney was a frontrunner among choices to succeed Davis in the CEO position. Starting out as a package loader, Abney has spent forty years with the business in a variety of roles, a career history that gives him a strong understanding of the way UPS operates from its shop floor to top floor.

"I think the timing is right, and the company is in great hands," current CEO Davis told the Wall Street Journal. “[Abney] has got a great understanding of the business. The world is changing around us very fast with e-commerce, with the emerging markets, and David's got a very good understanding of that."

According to the report, this move on UPS’s part serves to signal that it may be readjusting its focus toward international operations. Throughout his tenure with the company, and especially during his time as President of UPS International in the mid-2000s, Abney has worked toward improving UPS’s operations around the world and guiding it through difficult times like the global financial crisis.

Though Davis will be retiring from his CEO position in September, he will remain involved with the business in a reduced capacity as a chairman of its board of directors.