Tesco is expanding its food waste charity program in the UK 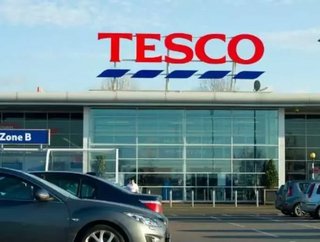 Last month, France took executive action with its new law mandating that supermarkets must donate still edible food past its “sell-by” date to food banks and other charitable non-profit organizations. But rather than a singular incident, this could be a trend that is spreading fast throughout the European Union. This month supermarket chain Tesco announced that it will be expanding its own charity food program to 10 flagship stores throughout the UK.

RELATED TOPIC: France’s new supermarket law is drastic (and you should be taking notes)

According to the BBC, this is not Tesco’s first foray into fighting back against the problem of food waste.  The supermarket chain has already implemented this program throughout its locations in Ireland, and has been working with partnering food redistribution charity Fare Share in various capacities since 2012. But this new initiative will significantly expand the initiative and incorporate new technology to facilitate its growth. The BBC reports that Tesco is working on an app through Fare Share and Ireland’s Food Cloud to help Tesco store managers communicate with charities on what surplus food will be available for pickup at the end of each day.

"No-one wants to throw away food which could otherwise be eaten," Tesco chief executive Dave Lewis told the BBC. "We don't throw away much food in our own operations, but even the 1% we do throw away amounts to 55,400 tonnes. This is potentially the biggest single step we've taken to cut food waste, and we hope it marks the start of eliminating the need to throw away edible food in our stores."

Tesco’s partnership with Fare Share is a strong example that a good partnership can be key to moving forward on a large initiative of this kind. For other supermarket chains considering making similar moves, the first step could be finding a local partner with the capacity and resources to achieve a similar goal.