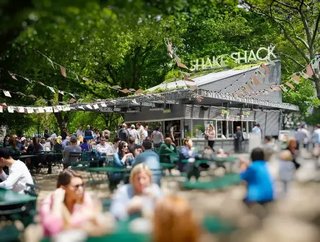 US restaurant chain Shake Shack saw better-than-expected earnings as it continues to expand both in the US and abroad. The New York-based burger chain...

US restaurant chain Shake Shack saw better-than-expected earnings as it continues to expand both in the US and abroad.

The New York-based burger chain said that revenue for the first three months of the year was up 29.1% to $99.1mn  compared to the same period last year.

Same-store sales - or same “shack sales” as the company calls it -  one of the chain’s most closely-watched metrics for the burger chain, were up 1.7% from a year ago.

The firm’s chief executive Randy Garutti said that the results indicate that 2018 is “off to a strong start as we build on our fourth quarter momentum, reporting another quarter of robust top and bottom-line growth.”

The burger chain plans to open up to 35 new company-operated Shake Shacks in the US this year and up to 18 international chains.

The firm is ramping up its expansion efforts as it tries to build towards its goal of 200 domestic company-operated chains by the end of 2020, and a long-term target of 450 Shacks.

“These results were supported by the continued evolution of our digital initiatives and the strength of new and existing Shacks as we executed on our development plans,” Garutti added.

"We are committed to digital innovation to better connect with our guests, delivering ongoing menu innovation, and investing in our people and infrastructure to execute on the significant long-term opportunity ahead.”

Shake Shack also raised its revenue predictions, noting that it is looking for revenue between $446mn and $450mn and it is also forecasting that same-store sales will rise up to 1%.