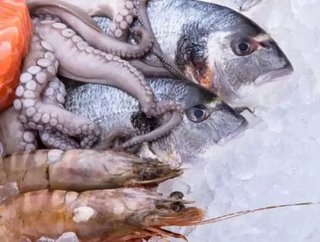 Fraud has been a major and well-documented hurdle to transparency in the seafood supply chain, but it has been difficult to get federal support for plan...

Fraud has been a major and well-documented hurdle to transparency in the seafood supply chain, but it has been difficult to get federal support for plans to crack down on fraud and mislabeling problems. But it seems that the tides are beginning to change. At the global “Our Ocean” conference this week, President Barack Obama officially announced an initiative to combat seafood fraud and illegal activities in the fishing industry.

At the conference, directed by U.S. Secretary of State John Kerry, President Obama announced that, per a new executive order, several federal agencies will begin working together on a task force assigned to develop a strong and comprehensive program that will work to clean up the seafood supply chain and keep illegally caught and fraudulent or mislabeled fish out of the U.S. retail and foodservice markets. According to reports, this could potentially save the industry $23 billion in business that is lost every year to illegally caught and imported fish.

Advocacy groups are commending the president’s executive decision as a step in the right direction to improving the industry. “President Obama’s announcement is a historic step forward in the fight against seafood fraud and illegal fishing worldwide,” reads a press release from Oceana addressing the issue. “This initiative is a practical solution to an ugly problem and will forever change the way we think about our seafood. The U.S. has long been a leader in the fight against illegal trade and fraud. We applaud the Obama administration for taking the helm on this comprehensive approach to ensure that our seafood is safe, legally caught, and honestly labeled.”

With that said, Obama’s executive order is not without controversy. In the same announcement, Obama announced that he is also expanding the square footage of a marine sanctuary in the south Pacific Ocean to 800,000 square feet, making it the largest reserve of its kind that is now off limits to commercial fishing.

This move has frustrated commercial fishing businesses who worry about the availability of the commodity on which they make their living. But considering the fact that overfishing could diminish availability much more permanently, it’s an unpopular move that may prove to be necessary to preserve the industry in the long run.