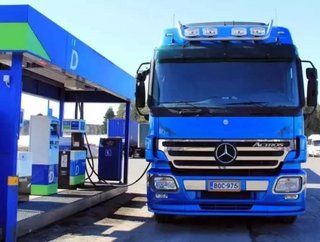 When it comes to emissions and sustainability initiatives, what is a businesss responsibility to the rest of the world? In a new report, poverty and hun...

When it comes to emissions and sustainability initiatives, what is a business’s responsibility to the rest of the world? In a new report, poverty and hunger-fighting organization Oxfam is urging the top ten global food and beverage processing companies to take more responsibility for their own operations and take action to reduce emissions from their own respective supply chains – for their own good and for the good of the world.

Oxfam’s plea targets the largest food and beverage in the world – globally recognized brands like Nestle, Mondelez International, and PepsiCo. Why zero in on these brands alone? According to Oxfam, it’s due to the massive effect each one has on the world due to sheer size and global reach. As Oxfam’s report claims, these ten corporations produce 263.7 million tons of greenhouse gas emissions (“more than Finland, Sweden, Denmark and Norway combined”) each year, and much of that comes from the brands’ supply chain operations.

"The food industry has a moral imperative and a business responsibility to dramatically step up its efforts to tackle climate change," said Oxfam's executive director Winnie Byanyima in Oxfam’s report. "The 'big 10' companies are failing to use their power responsibly and we will all suffer the consequences."

That “we” absolutely includes the food industry’s Big Ten as well – food production doesn’t occur in a vacuum, after all. Climate change is threatening to have a profound effect on food commodity production, leading to scarcity and drastic spikes in food prices. From affected bottom lines to a rise in world hunger, it’s troubling news from at any angle.

Some brands, like Unilever, are ahead of the pack in terms of committing to reducing emissions and working green initiatives into their operations; others, like Kellogg, have been slower and are receiving the brunt of Oxfam’s insistence. But all of the big ten have room for improvement: combined, Oxfam estimates that these brands could cut their emissions by an extra 80 million tons before 2020. It will require hard work, and it may require working together as Cargill CEO David MacLennan has stated, but it can be done – and according to the evidence at hand, it should be done sooner rather than later.