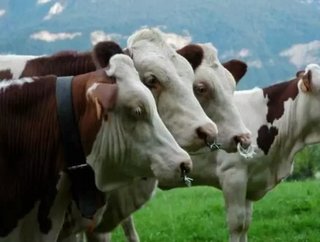 As one of the largest food and beverage producers in the world, the industry listens when Nestl&eacute; takes action. So its a big deal that today Nestl...

As one of the largest food and beverage producers in the world, the industry listens when Nestlé takes action. So it’s a big deal that today Nestlé announced a partnership agreement with NGO advocacy group World Animal Protection and a pledge to improve farm animal welfare throughout the company’s supply chain.

This is no small feat – Nestlé obtains its animal-based products from milk to meat from an extensive network of approximately 7,300 suppliers. These suppliers themselves obtain commodities like livestock feed from still more suppliers, leaving Nestlé with a sprawling network of hundreds of thousands of supply chain links that will all be subject to this new agreement. But what exactly has Nestlé committed itself and its suppliers to, anyway?

According to a press release issued by Nestlé, the company is working with World Animal Protection to strengthen and improve Nestlé’s own Responsible Sourcing Guideline system. Under the guidelines of this new pledge Nestlé will no longer source livestock that has been raised in confined spaces such as gestation crates or battery cages, or livestock that has been injured during the raising process by unnecessary animal husbandry practices like dehorning or tail docking. To ensure that this is more than just lip service, Nestlé stated that it has commissioned independent auditor SGS to run checks on the company’s suppliers and ensure that these standards are being met consistently. Any suppliers who repeatedly fail to comply with these new standards will not continue to be Nestlé suppliers for long.

This is likely to have a huge impact throughout the food manufacturing industry. With so many suppliers (and suppliers’ suppliers) connected to Nestlé, the company could essentially be setting a new industry standard. At the very least, this bold move could inspire other smaller companies to follow in Nestlé’s footsteps. But what is driving this push toward stronger animal welfare standards? As one Nestlé exec told the New York Times, lot of it has to do with consumer expectations.

“In the digital world, everyone has a smartphone and they want to know where things come from and share that information,” said Kevin Petrie, chief procurement officer for Nestlé in North America. “Is it good for me? Is the quality good? Has it been responsibly sourced?” The new policy, he said, was another step in Nestlé’s efforts to address risks in its supply chains like child labor and palm oil, the production of which is damaging to forests. Consumers today know far more about how components in their food are made — and they are far more willing to share that knowledge to stir up a fuss on social media, he said.

It is absolutely true that, with social media and the ability for word of mouth opinions to be transmitted globally, meeting consumer standards is more vital now than it ever has been before. In this case, the even greater benefit is that consumer pressure may improve not just the lives of the consumers, but the lives of the livestock that feed them.

[SOURCE: Nestlé via The NY Times]