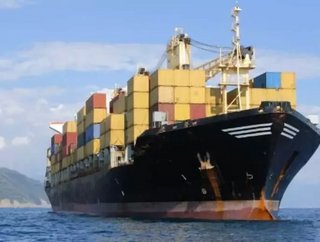 All too often, a thorough supply chain risk assessment is regarded as a low priority &ndash; but that complacency can ultimately cost a business million...

All too often, a thorough supply chain risk assessment is regarded as a low priority – but that complacency can ultimately cost a business millions. As President and co-founder of supply chain solutions provider INSIGHT Inc, Dr. Jeff Karrenbauer is on a mission to help business leaders understand the repercussions of neglecting risk and strengthen their own supply chains. Last time Food Digital and Dr. Karrenbauer discussed why planning is so important; today we dig even deeper.

Food Digital: So why does this situation of failing to assess supply chain risk end up repeating itself? Why don’t companies have this action in place?

Dr. Jeff Karrenbauer: First, it’s got to come from the top. Because if it doesn’t, well hey it’s not in my job description, the boss told me to do something else, this is not something for which I’m being evaluated, my bonus is not predicated on this, it’s somebody else’s problem.

Second, an old expression: structured activity drives out unstructured activity. Now, we know how to make it highly structured. But the phone’s ringing, we’ve got an unhappy customer, we’ve got a snowstorm somewhere, we’ve got reports that are due. Yeah we know it’s important – we’ll get to it next week, next month, next year, but right now I’ve got meetings.

We run meetings to death. It’s not analysis paralysis – it’s discussion paralysis. With that kind of structured activity, there’s no time to sit back and think. There’s no time for “gee, maybe we ought to plan for contingencies.”

Next: business school training. What’s the one core course that everyone loves to hate? It’s called Operations Management. It’s very often poorly taught, it’s been taught the same way for decades, it has all kinds of irrelevant nonsense in it, but that’s the way we always did it right? People just dread it, they manage to survive their way through it, and then they go on to the sexy cool stuff like marketing and finance. I’m not opposed to finance courses, I tell supply chain majors to go take as many finance courses as they can when they ask me. But the people who don’t have the ops management backgrounds at all? They can run financials through a spreadsheet and give you a hundred different ratios, but don’t understand what’s in back of the ratios.

FD: Natural disasters will always provide the potential for supply chain disruption, but what are other less expected sources of disruption that a business can experience?

JK: Political rest we’ve always had with us, but I think we’re more vulnerable because our supply chains are more international. When you have a simpler domestic supply chain, you don’t worry so much about political unrest. But over the last twenty or thirty years we’ve gone so much more with international interdependent supply chains, so what other governments do isn’t just a news item – it really affects you much more than it used to. I think the whole issue about ‘strategic sourcing,’ which really came into its own in the 1990s, made us more vulnerable to what happens elsewhere in the world. Look at all the companies that were severely affected by people chasing labor rates.

There’s a fascinating article by Jeffrey Immelt, CEO of General Electric, in Harvard Business Review in March of last year. He said straight up: GE is done chasing labor costs around the world. That was yesterday’s model. What he implied was: we got burned. That whole issue of HBR was phenomenally important. I’d like to put a copy of that in front of every business person. The moment we start chasing labor rates around the world, we’re now being impacted by what those governments do. Over the last couple of decades, it’s forced people to think globally much more than they ever had before.

Now, climate change: where angels fear to tread. If you don’t believe it, then it’s not a risk – those things happen, they’ve always happened, they always will happen, they’re not really increasing in frequency, and that’s just a bunch of liberal scientists at Berkeley. On the other hand, if you believe changes are occurring and you can establish causality there, then you say: yeah, this is a bigger risk.

So the first fundamental question is what do you believe about climate change? If you think it’s the biggest fraud, you’re not going to pay much attention to that as a risk. You’re going to slough it off.

If you think there’s something to it, if you think the frequency of storms is increasing, maybe that’s even more reason to do contingency analysis. What’s the probability of a hurricane coming through the Caribbean every summer, usually several times? Pretty high! Not all of them hit the U.S., but can they be disruptive in the Gulf, for example? Yes, ask anyone who works down there.

I don’t think we can attribute Icelandic volcanic eruptions to global warming, nor a Japanese earthquake or tsunami, but other disruptions are worth thinking about. What scares the living hell out of me is the speed with which the ice packs up north are melting. You take all that fresh water and turn it from ice into water, and the oceans rise. It doesn’t take a whole hell of a lot, and look at what one storm like Sandy did to lower Manhattan. Now walk down to Battery Park and see where the water line is relative to the shore – it ain’t very far. So do we wait for Lower Manhattan to flood permanently? Or do we think about this?

I think the evidence from the scientists is pretty compelling and there are some fairly scary climate scenarios. I’ve at least got to look around and say: am I vulnerable? Because of these additional climatic disruptions, am I at risk?

Maybe I’m not! Maybe I’m just fine. When was the last time that a tornado or a hurricane came roaring through Youngstown, Ohio? Not recently. That’s not really impacted by climate change, so I don’t really have to worry. But for others: yes. So, at least as part of my audit, I want to ask that question. Even if we dispute the causality, am I at greater risk because of the apparent increased incident of unstable weather. Maybe I am, maybe I’m not. I just want to ask the question.

That one is just so emotional! So many people just roll their eyes. But then there are others I’ll give credit: Wal-Mart, Proctor and Gamble, Pepsi, and a bunch of others.

Syracuse University is one of the best supply chain schools in the country, and they give out the Salzberg Award for supply chain excellence every year. I’ve been part of the program several times serving as a moderator for a panel discussion, and several years ago Pepsi was the award winner because of their efforts in Sustainability. They had the CFO there, and some pretty heavy guys from the company.

The audience was polite but direct in that panel discussion. Some of the questions were on the order of: okay, this sounds good, but you’re making money. What if you don’t? What if it costs you money?

The cynical side of me said: they’d wave the flag and say they’d do it anyway, and I’d say yeah right. But they convinced me, and I think they convinced the audience, that they’re doing this because in their belief it’s the right thing to do. If it saves money that’s cool; if it’s not, tough. We’re going to do it anyway. They advanced very compelling arguments to suggest that was the corporate philosophy they’d adopted from the top. It’s our place to live, it’s our kids, and we’re going to do the right thing.

That’s one outstanding example of the ones who have said: yeah, we think there’s an issue here. It’s not climate change, but it is sustainability and some tend to lump those together as left-wing kooks. But these ones said: no, we are going to act proactively. They actually did the analysis, believed what they saw, and acted on it – and I don’t think did it just to get a Salzberg Award.

FD: It must help though!

JK: Yeah, it’s a nice recognition: somebody’s giving us credit for doing the right thing, and we believe it. It’s a nice validation.