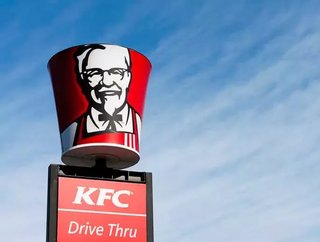 KFC has closed more than half of its UK outlets after delivery problems meant that it ran out of chicken. As of last night, the US fast-food chain has...

KFC has closed more than half of its UK outlets after delivery problems meant that it ran out of chicken.

As of last night, the US fast-food chain has closed 575 of its 900 outlets in the UK and the Republic of Ireland.

Just 325 of the UK’s restaurants remain open, with many offering a limited menu and restricted opening hours.

KFC said that its teams were “working flat out” to resolve the crisis but that it was too early to tell how long the supply problems would last.

"The chicken crossed the road, just not to our restaurants," the fast good giant wrote on Twitter.

"We've brought a new delivery partner onboard, but they've had a couple of teething problems - getting fresh chicken out to 900 restaurants across the country is pretty complex!" it added, apologising to its customers.

"We won't compromise on quality, so no deliveries has meant some of our restaurants are closed, and others are operating a limited menu or shortened hours."

Employees are also being encouraged to take holiday however they would not be forced to do so, a KFC spokesperson said.

Speaking to its staff, the fast-food chain said that employees on short-term contracts would be paid the average hours worked per day over the past 12 weeks. Meanwhile, those on salaries would be paid as normal.

However, around 80% of KFC outlets are run on a franchise basis.

"Franchisees will be seeking their own independent advice, but we're encouraging them to adopt this policy too," the company added.