Kellogg to open a permanent cereal cafe in NYC 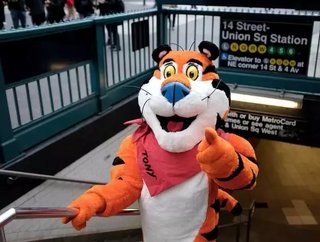 Kellogg, the maker of cereals such as Frosted Flakes and Rice Krispies is set to open a new NYC cereal café in Times Square following the success of it...

Kellogg, the maker of cereals such as Frosted Flakes and Rice Krispies is set to open a new NYC cereal café in Times Square following the success of its pop up cafe in the location last year.

Set to open in December, the new”immersive” cafe will be five times bigger than its Times Square pop up and is deliberately located near New York University.

Kellogg's say that the café will boast an open-concept kitchen where customers can "watch as cereal creations are made" and the menu will have a mixture of old favourites from the previous café and new creations helped by new partnerships.

Decorated to target social media enthusiasts, Kellogg's says that the space will be "Insta-worthy" and will "allow guests to capture the perfect cereal selfie and food photo in one of many areas where cereal and Kellogg's characters vibrantly and colourfully come to life."

Cereal offerings have been struggling in recent times as consumers are increasingly seeking more organic, fresh or portable options.

However, the launch of Kellogg’s new café indicates that cereal is still popular and interesting to consumers.

The new café will also allow Kellog’s to test and get feedback from customers on which products are still relevant to them.

"We're excited people can experience cereal in new ways all the time at our permanent location, versus other pop-ups which we've seen can quickly come and go,” said Aleta Chase, Kellogg's marketing director.

"We're excited to see how people re-think the possibilities of cereal and how their creations might inspire us to bring new products to life."