Jack in the Box to sell its Qdoba branch for $305mn 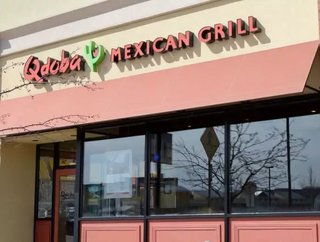 The American fast-food chain, Jack in the Box, announced on 19 December that it will be selling it’s Mexican-style food chain, Qdoba, to the private e...

The American fast-food chain, Jack in the Box, announced on 19 December that it will be selling it’s Mexican-style food chain, Qdoba, to the private equity firm, Apollo Global Management.

The all-cash sale has been valued at $305mn, and is expected to close by April.

Jack in the Box plan to use the money to settles outstanding debts and to strengthen shareholder value.

Following the news, shares of Jack in the Box were halted. However, shares of Apollo rose by approximately 1% in premarket trading on 18 December.

“For the past several months, we have worked closely with our financial advisors and evaluated various strategic alternatives with respect to Qdoba, including a sale or spin-off, as well as opportunities to refranchise company restaurants,” commented Lenny Comma, Jack in the Box’s CEO and Chairman.

“Following the completion of this robust process, our Board of Directors has determined that the sale of Qdoba is the best alternative for enhancing shareholder value and is consistent with the Company's desire to transition to a less capital-intensive business model.”

The US and Canada have more than 700 Qdoba stores, which totalled more than $820mn in sales during 2017.

When Jack in the Box acquired the chain in 2013, there were only 83 restaurants in 16 states.