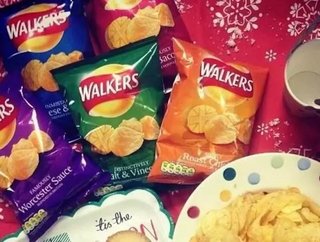 Everyone wants to reduce the footprint of their brands supply chain. For one thing, sustainability has become a bigger and bigger draw for consumers eve...

Everyone wants to reduce the footprint of their brands’ supply chain. For one thing, sustainability has become a bigger and bigger draw for consumers every year; for another, every efficiency you can build into your supply chain is another opportunity to save money. PepsiCo is one of many companies hoping to improve its efficiencies: in 2007, Walkers became the first consumer brand to bear Carbon Trust’s Carbon Reduction Label. The UK sustainability organization launched the label as a way for businesses to communicate to consumers that they are committed to accurately measuring and reducing their carbon footprint.

Seven years later, how is Walkers doing? According to a report in The Guardian, t’s doing quite well indeed: PepsiCo has reduced the carbon footprint for its Walkers Crisps by 9 percent. That’s significant progress, pointing toward true viability for PepsiCo’s fledgling carbon reduction project. So what measures has Walkers enacted to achieve those goals?

As we noted before, reducing your product’s carbon footprint is about more than just ecology. By 2009, Walkers had already achieved a 7 percent reduction in its carbon footprint – that conservation saved Walkers more than £400,000 within two years alone, according to a Pepsico press release, which the brand has since been able to reinvest in further sustainability initiatives. Now five years further in, the implication of additional savings is substantial.

As environmental and climate changes become more pronounced over the years, it can only be expected that more businesses will start taking a serious look at going fossil fuel free. Following Walkers’ lead by shrinking your carbon footprint is looking more and more like a strong place to start.