Is the FTC on the Verge of a Sysco-US Foods Antitrust Lawsuit? 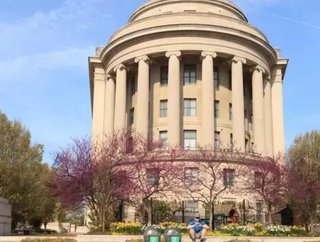 Food supply and distribution companies Sysco and US Foods have been sailing through tasks like executive team restructuring as though their impending me...

Food supply and distribution companies Sysco and US Foods have been sailing through tasks like executive team restructuring as though their impending merger going ahead smoothly and uncontested was a completely a foregone conclusion. But that may not be the case after all. The U.S. Federal Trade Commission has been investigating the merger since its announcement and, according to a new report, the FTC might just throw down an antitrust lawsuit after all.

What is making the FTC think that antitrust laws might come into play with Sysco’s acquisition of US Foods? The possibility has been floating around since the $3.5 billion buyout was first announced – Sysco and US Foods are two of the biggest names in the foodservice distribution industry, full stop. As the WSJ explains, the two of them together make up more than a quarter of the $231 billion industry, with the second closest competitor trailing behind at one-fifth of the size. Between that gap and the cost savings and benefits that Sysco and US Foods would gain from merging, their advantages have the potential to completely upset the playing field and put a lot of smaller and regional food distributors out of business.

Though it’s a valid concern, Sysco naturally maintains that the merger will be good for the industry as a whole. Responding to similar conjecture earlier in the year, Sysco President and CEO Bill DeLaney released a statement expressing positivity and optimism about the eventual outcome of the FTC’s investigation. “We continue to believe that the Commission, once it finishes its investigation, will conclude that our industry is – and will continue to be – fiercely competitive,” said DeLaney. “Our proposed merger will benefit customers and help us become more efficient in this rapidly evolving marketplace.”

Even if the FTC does move forward with an antitrust lawsuit, we won’t know right away – according to reports, the agency is currently considering all of its options (including asset divestitures, for example) before making the final decision. One way or another, the agency should make its decision known within the next few weeks.