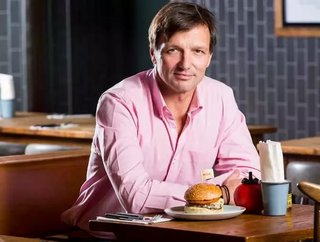 Speaking of his departure Murdoch said: “I am very proud to have been a small part of the story that made GBK great.

"It is the journey that is important and I feel that the time is right now for someone else to lead GBK through its next stage in its lifecycle."

Burger King has over 500 restaurants in the UK but falls behind fast food rivals McDonald’s - which has over 1,2000 sites - and KFC, with over 800.

Speaking of his appointment Murdoch said: "Working closely with our franchisees, we will take a measured approach to improving customer attraction and retention through investment in improving the consumer experience, our food offering, restaurants, teams and franchisees as we build a brand for the next generation.”

Murdoch has an impressive portfolio in the casual dining sector. He joined GBK in 2010 and helped rejuvenate the brand, overseeing six years of like-for-like growth. Prior to his role at GBK, the executive also worked at Pizza Express.

In an interview with FDF World magazine, Murdoch said that he remained confident about the future of posh burgers.

"Gourmet burgers are undoubtedly here to stay,” he said. “There is a lot of competition out there, and while I think GBK can shake some of that competition out, there is always room for new entrants.”