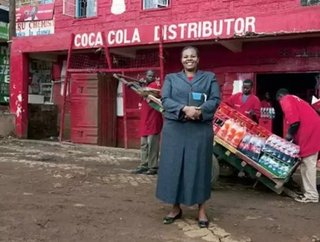 Coca-Cola is turning its attentions to business growth in Africa. During the US-Africa Leaders Summit in Washington, D.C., this week, The Coca-Cola Comp...

Coca-Cola is turning its attentions to business growth in Africa. During the US-Africa Leaders Summit in Washington, D.C., this week, The Coca-Cola Company announced plans along with its bottling and distribution partners in Africa to channel a new $5 billion investment into its operations throughout the continent.

According to a statement issued by The Coca-Cola Company, this $5 billion infusion into its Africa operations will be directed towards a range of initiatives including:

The Coca-Cola Company has plans to execute the last plan through several programs including Source Africa, an initiative created in partnership with the New Alliance for Food Security and Nutrition and Grow Africa to promote sustainable agriculture methods and develop more reliable local ingredient sources for staples like citrus fruits and tea. The initiative plans to start with programs in Kenya, Nigeria, and Malawi, with further plans to expand into Ethiopia, Senegal, Tanzania and Mozambique. Other initiatives include women’s economic empowerment programs and an plan to develop better access to safe and clean water.

“As an organization that has been part of the economic and social fabric of Africa since 1928, we and our local bottling partners have seen, firsthand, the great promise and potential of this dynamic, growing and vibrant continent,” said Muhtar Kent, Chairman and CEO of The Coca-Cola Company, in the company’s statement.  “Even as we see tremendous growth potential in Africa, we know that the strength and sustainability of our business are tied directly to the strength and sustainability of the African communities we proudly serve.”

Soon after this announcement, Kent published a longer opinion piece further highlighting The Coca-Cola Company’s reasons for increasing its investment budget in Africa:

“Why? Because we believe in Africa, and we want to refresh its citizens, build our business, and create new economic value for the people who own and operate the 900,000 shops, restaurants and other outlets that sell Coca-Cola and 68 of our other brands on the continent. That takes investing ahead of demand on, among other things, new production, distribution and cooling capacity.”

In total, this new commitment will bump the company’s expected investment in Africa up to $17 billion between 2010 and 2020.