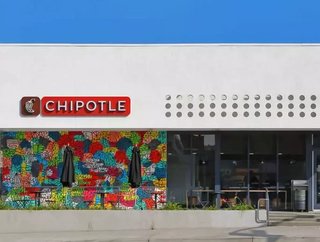 Chipotle Mexican Grill posted better-than-expected earnings in its first quarter, on the back of menu price hikes. The positive results are the first q...

Chipotle Mexican Grill posted better-than-expected earnings in its first quarter, on the back of menu price hikes.

The positive results are the first quarterly report to come under the leadership of CEO Brian Niccol who came over from rival Taco Bell last month.

The Mexican restaurant chain said that net income rose to $59.4mn in its first quarter, up from $46.1mn.

The American chain also said that its total revenue climbed 7.4% to $1.15bn during the period.

Chipotle said that the average check size - a calculation of the average transaction amount - rose 4.9% during the quarter, helped by the price hikes which it began it implement in April.

"While the company made notable progress during the quarter, I firmly believe we can accelerate that progress in the future,” said Brian Niccol, chief executive officer.

“We are in the process of forming a path to greater performance in sales, transactions, margins and new restaurants,” he added.

“This path to performance will be grounded in a strategy of executing the fundamentals while introducing consumer-meaningful innovation across the business. “

The restaurant chain, best known for its burritos, also announced that its Board had approved an additional investment of up to l $100mn to buy back shares.