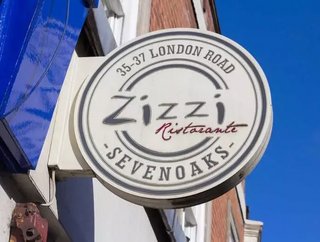 The strong performances come on the back of new restaurant openings a boom in Deliveroo orders, despite warnings about the health of the casual dining sector.

Azzurri, backed by private equity firm Bridgepoint, reported that its margins had fallen slightly from 15% to 14.5% year-on-year as a result of higher food prices and the living wage.

Azzurri opened 17 new locations during the year and refurbished 31 restaurants which crucial to its success, said the company.

2016 also saw the launch of the group’s latest restaurant Radio Alice, which it says has been “well received.”

The rapid expansion of Deliveroo was also cited as a reason for the groups' successful takeaway business. With orders now accounting for around 5% of total sales compared to close to 0% 18 months ago.

Nearly half of the group’s ASK Italian restaurants and 72 of its Zizzi sites now offer Deliveroo, with a vision to expand in the future.

“2016 has been another successful year for Azzurri Group. We are pleased to have achieved like-for-like revenue growth across all three brands, with Coco di Mama, in particular, delivering excellent growth since it was acquired at the start of the year,” said Steve Holmes, CEO of Azzurri Group

“Continually investing in keeping our restaurant design and food offering contemporary, fresh and exciting for consumers is a key part of our business strategy, and has been instrumental in driving sales for the year.

“Looking ahead, there is likely to be a more challenging environment due to economic uncertainty following the Brexit vote although there has been no impact on our trading so far.”