Are producers ready to meet Africa’s rising food demands by 2030? 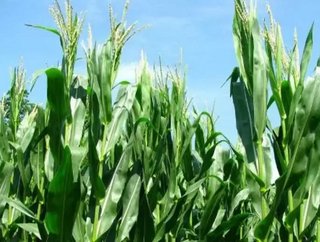 Thanks to population increases and an expanding middle class, Asia has been identified as a key market with a rapidly growing demand for imported meat...

Thanks to population increases and an expanding middle class, Asia has been identified as a key market with a rapidly growing demand for imported meat, dairy, and other food products in the coming years. But it certainly isn’t the only market that the agriculture and food processing industries should be paying attention to—according to a recent report by the World Bank, the food demand in sub-Saharan Africa is expected to increase as much as 60 percent by 2030. With this increase building on top of hunger issues that already exist in Africa at this moment, food producers both in Africa and around the world may start considering how they can help to meet these growing demands.

As World Bank president Jim Yong Kim explains, one of the biggest ways that food producers within Africa can increase their yields and ramp up production is through gaining increased access to climate-smart agriculture techniques and equipment. This in particularly will be essential as some of the most drastic climate change consequences are expected to occur in the areas of Africa that need increased food production the most.

“Climate change is projected to reduce crop yields by 15 to 20 percent in the poorest regions if temperatures rise above two degrees Celsius,” reads the World Bank report. “This is also where food demand is expected to increase the most.”

While African food producers will need to look into adjusting their production methods in order to meet rising food demands, other producers and food processors around the world that are less negatively affected by climate change may consider strengthening their exporting capabilities in order to alleviate food demand concerns. According to Nigerian publication The Guardian, Dr. Elias Ayuk—Director for the UN University Institute for Natural Resources in Africa (UNU-INRA)—issued a statement that, while a few countries may be able to increase crop production over the next several years, many will end up becoming net importers. Those with strong supply chain infrastructure will be in a good position to support these net importing countries as the need arises.