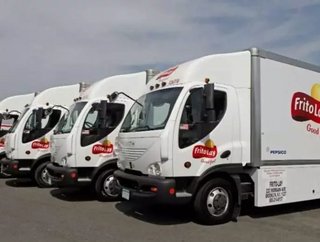 Road safety is a critically important issue for the supply chain industry. The road can be an awfully dangerous place for professional drivers and civil...

Road safety is a critically important issue for the supply chain industry. The road can be an awfully dangerous place for professional drivers and civilians alike, and sharing experiences and developing best practices can ultimately save lives. It’s with that idea in mind that a group of ten private sector companies made the decision to form and launch Together For Safer Roads, a coalition of businesses across several industry sectors who have a common goal of making the road a safer place for their ground distribution workers and the millions of people who drive alongside them every day.

Ten businesses are being counted as the founding members of the Together for Safer Roads coalition, including two in the food and beverage production sectors: Anheuser-Busch InBev and PepsiCo. All together, these ten founding members employ over 3 million people in 200 countries that travel upwards of a combined 3 billion miles every year to get each company’s fleets of distribution trucks and other vehicles where they need to go. With that kind of mileage, safety is imperative.

“Together for Safer Roads brings together global industry leaders, including Anheuser-Busch InBev, who believe business can drive change that will help reduce the number of deaths and injuries due to road traffic accidents,” said Carlos Brito, CEO of AB InBev, who has been chosen as chairman of the coalition. “These deaths are the 8th leading cause of death in the world and largely preventable. We need to act with greater urgency to make roads safer for all.”

According to the coalition, which notes that road traffic collisions are the eight leading cause of death around the world, the primary goal of Together for Safer Roads is to collaborate across industries to better identify and improve best practices for their fleets in three defined core areas:

The coalition also plans to work with stakeholders, partners, governments and community allies to take action for safer roads, and furthermore plans to publish a white paper on the subject in the coming year that will provide more definition for its plans moving forward.

“Nothing is more important than the safety of our employees, families and communities,” added Zein Abdalla, President of founding member PepsiCo, a company that commands one of the largest distribution fleets in the world. “PepsiCo is proud to join this private sector partnership to make our roads safer for every driver and passenger. We strongly encourage other companies to join this effort.”