3 Paths to Mitigating Supplier Risk During a Merger 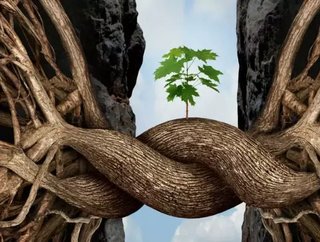 The recently announced merger between H.J. Heinz Company and Kraft Foods Group is still fresh in our mind, and it has us thinking about all of the odds...

The recently announced merger between H.J. Heinz Company and Kraft Foods Group is still fresh in our mind, and it has us thinking about all of the odds and ends and moving parts that come with merging two massive entities like Kraft and Heinz. How will this affect the supply chain and logistics of each company’s brands? How will it affect relationships with suppliers? What are the risks involved?

As it turns out, we weren’t the only ones thinking about these questions. So we sat down with Paul Noel, SVP of Procurement Solutions at procurement and finance software solutions company Ivalua, to discuss the supplier risk involved with situations like the Heinz-Kraft merger and what a merging entity can do to mitigate those risks.

Examining the Acquisition at Hand

As Noel explains, the types of issues that a merger will face depend a lot upon the type of merger that is underway. In the case of a predatory acquisition, the buying company won’t be too concerned with merging supply chains, as it’s more about acquiring one or two brands and selling off the rest. But the case of Heinz and Kraft seems to be one of true merging and partnership.

“Sometimes with acquisitions, especially when private equity (PE) firms get involved, they’re just looking to sell off their components,” he notes. “That doesn’t seem to be the case here, so that’s a good thing—PE companies like Berkshire Hathaway have a history of trying to find the right synergies.”

Of course, with that synergy comes the issue of truly and earnestly bringing together and streamlining the two corporations’ supply chains and readjusting relationships with suppliers. That’s where things get interesting, especially if the two businesses share suppliers at any point.

Issues and Risks of Overlap

“When it comes to suppliers, and the contracts you have with suppliers when you merge two big companies together like this, they’re going to have a big overlap,” says Noel. “They’re buying different things from these suppliers, but that overlap is going to give them a perceived bigger stick that they can beat up their suppliers with. Then there will be even more overlap when they’re buying exact same things, and they’re going to be looking at consolidating some of those contracts.”

What happens when there’s supplier overlap between two merging companies? What if it turns out that one has a better deal with a supplier than the other? That can have financial planners jumping for joy at the thought of transferring that better deal across the whole newly formed entity—but not so fast. It doesn’t always work out that way, precisely because it’s certainly not in a supplier’s best interests for it to work out that way.

“When you’re planning a merger you get a view into those opportunities, but you get that view from a buyer-centric point of view, thinking: I’m going to be stronger, I see a better deal here, I’m going to make every deal go through this contract here or that contract there,”  says Noel. “But sometimes when you’re doing due diligence, you can’t share your plans with the suppliers themselves, so you can’t get their point of view when you’re doing the analysis. Then when execution comes along and you go down to the supplier and say: ‘good news, [your supplies are] only going to be on one contract, and it’s going to be at your lower price’—to put it kindly, your supplier may have other ideas.”

Within that disconnect lies the prime risk when dealing with supply during a merger or acquisition. “It’s not necessarily that you’re not going to get those benefits—you probably will,” says Noel. “But it may take longer to convert, your supplier may want to get some other things from you, and they may throw some roadblocks in your way. I think that’s the biggest risk when you’re planning [mergers and acquisitions]—the execution is always fraught with difficulty.”

3 Paths to Mitigating That Risk

Once you know the biggest risk, the question is: how can you minimize it? According to Noel, there are three primary ways to mitigate this type of risk—though they aren’t all equal in ease or effectiveness.

1. Be Conservative – The most effective way to mitigate risk in consolidating suppliers and supply chain contracts is to be cautious and conscientious when making your initial estimates of savings and costs during the planning stages of your merger.

“Be conservative in your planning, both for the timing of being able to take advantage and amounts to which that advantage will be,” says Noel. “The best mitigation of that risk is to lowball it—but the one problem being able to sandbag and say ‘we’re not going to be able to get much out of that,’ is that you’re talking to financial people who want to get the most out of it that they can. They can’t make a market from it if you sandbag too much. So that’s the pressure there.”

2. Be Open – If you can’t be conservative, your next option—if it is an option—is to be open and transparent with your suppliers and other third party partners throughout and ahead of the acquisition process. This could give your business a much clearer insight into the types of consolidation contracts you will be able to work out once the merger is underway. “If it’s possible to send up signal flags with suppliers while you’re figuring this out, then that will give you more knowledge about what might happen,” says Noel. “But sometimes the legal structure is such that you’re not allowed to talk to them until it’s too late.”

3. Be Prioritizing – “Running through the options here—Option 1 is to be conservative and Option 2 is be open,” says Noel. “If you can’t do those things, what do we have left?”

Your third option, and likely the most viable for many companies, is to look at the issues when they come after the merging process has started, then prioritize which deals are worth pursuing and which can be jettisoned. “You need to be all over it—you need to drive this consolidation strategy, identify the priorities that are going to have the biggest bang for the buck and might be the easiest to do, and be very quick and execution-oriented on those,” says Noel. “That’s what it comes down to: if you’re having a problem with execution, you should know what your priorities are and throw most of your resources at those priorities.”

Another Way: Planning Ahead

According to Noel, one way to approach risk is by building risk into the acquisition plan—a path that merges concepts from options 1 and 3. “That’s a way you can solve the ‘be conservative’ thing: make plans, and then make a risk assessment separate of the plans, then budget for the risk assessment.”

This involves laying out a business plan for finance, then accounting for possible risk at various points along the way that may need to be factored in. “That way you’re not changing your plans because of the risk. You’re separately accounting for it,” says Noel.

This plan turns risk possibilities from surprises that must be maneuvered around, into issues that can be sidestepped through contingency plans, like a slush fund or a note for the market to evaluate with the issue in mind, because they were already anticipated as a possibility.

“It’s the best laid plans that are always the first casualties on the actual execution,” adds Noel. But by building more fluid plans and taking the time to account for potential risk before execution, a merger can be more successful and positive for everyone involved.