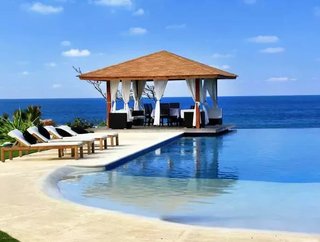 Effectively immediately, Rainer was appointed by the company’s chairman and founder Gordon ‘Butch’ Stewart to succeed former CEO Adam Stewart in the role.

Rainer has a wealth of experience in global operations and international finance and notably served as executive vice president and CFO of Hyatt Hotels Corporation.

The Jamaican resort operator says that the new appointment hopes to accelerate the strategic growth of the luxury all-inclusive brands under the company’s banner.

“Sandals Resorts has a legacy of pioneering and implementing industry innovations and we are committed to not only bolstering our leadership position in Jamaica and throughout the Caribbean but also to broaden our horizons with further growth of the luxury all-inclusive concept beyond the region we call home,” said Gordon ‘Butch’ Stewart, chairman and founder.

According to Stewart, the addition of Rainer to the executive team will allow Stewart to focus on his role as Deputy Chairman, allowing him to dedicate more time to forward initiatives.

"For twenty-two consecutive years, Sandals Resorts has proudly earned the distinction of being voted the World's Best All-Inclusive Resorts, for which we are immensely proud of,” he said.

“To be the best, you must have a team that is the best and for more than 30 years we have cultivated a staff across the Caribbean - from gardeners and housekeepers to chefs and managers -  who are the finest in the industry. My son Adam has played a huge role as CEO of SRI, exceeding expectations over the past 12 years.”