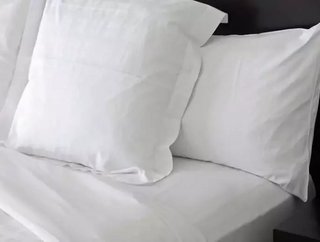 Premier Inn owner, Whitbread, has launched a new “no-frills” hotel chain as it seeks to strengthen its hotel business following its sale of Costa Co...

Premier Inn owner, Whitbread, has launched a new “no-frills” hotel chain as it seeks to strengthen its hotel business following its sale of Costa Coffee.

Called Zip by Premier Inn, the new budget hotel brand will be situated on the outskirts of major towns and cities.

Rooms will cost from £19 a night with the first 138-room hotel planned to open outside of Cardiff next year.

At just 8.5 metres, the rooms will be less than half the size of a standard Premier Inn room.

Designed by PriestmanGoode — the firm behind First Class Cabins for airlines including Air France, Lufthansa and SWISS — the rooms will include features like lightboxes, flexible bed formats and en-suite shower rooms.

CEO of Whitbread, Alison Brittain, said the company aims to strategically grow its  UK business and that ZIP is a “great example” of how they hope to achieve that.

She added: “We have invested in the Premier Inn brand over many years to become the UK’s most-loved hotel company with 800 hotels in the UK, and we believe there is a niche in an under-served market for ZIP.

“It offers us an exciting new platform for growth and will give us access to a broader customer base, attracting those guests who are on a particularly tight budget but still expect and deserve the basics done brilliantly.”

Whitbread is the UK's largest hospitality group, employing more than 52,000 people in over 2,500 outlets across the UK.

Premier Inn Managing Director, Simon Jones, added: “It’s clear through the research that people want the basics done brilliantly, such as a comfy bed and a power shower but they are happy to compromise on location or some extras if they are paying a fantastic price for their room.

“We will continue to learn from our customers as they experience the product and will evolve and innovate the concept as we open more ZIP hotels”.