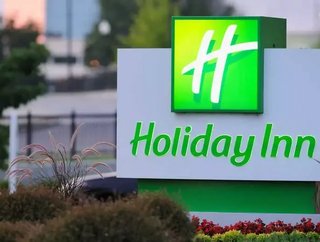 Intercontinental Hotel Group (IHG) has opened two new properties in Algiers and Sydney and has also signed an agreement to open a new Hotel Indigo in Ve...

Intercontinental Hotel Group (IHG) has opened two new properties in Algiers and Sydney and has also signed an agreement to open a new Hotel Indigo in Venice.

The opening of the Holiday Inn Algiers marks the hospitality giant’s debut in Algeria.

With this new addition, IHG now has 25 operational hotels across nine countries in Africa.

Located west of Algiers, close to international business centres and embassies, the new 242-room property will be the tallest building in Algiers offering panoramic views of the capital.

Situated opposite the St Marys Rugby League Club and connect via a covered landscaped walkway, the 119-room hotel is an addition to the club’s offering.

“The hotel, combined with the St Marys Leagues Stadium, Skypeak Adventures, Go Bananas, the club’s existing facilities and the exciting plans for the future will ensure that the St Marys Rugby League Club Complex is a major tourist destination for Greater Western Sydney and the realization of a long-term dream for the club.”

As well as this, IHG has also signed an agreement for the Hotel Indigo Venice - Sant’Elena.

It is the third Hotel Indigo to be signed in Italy and will operate under a franchise agreement with H.n.H Hotels & Resorts Spa.

Scheduled to open in 2019, the 77-room hotel is a converted convent build from the 1930’s and is located next to the canal ‘Rio Sant’ Elena’.