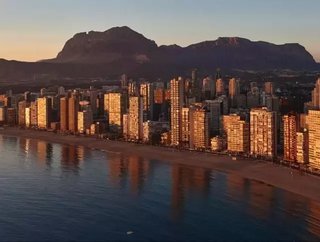 Family-owned hotel group Grupo Barcelo has made a preliminary offer to buy its rival NH Hotel Group, in a merger which could create the largest Spanish...

Family-owned hotel group Grupo Barcelo has made a preliminary offer to buy its rival NH Hotel Group, in a merger which could create the largest Spanish hotel Group.

The multi-billion dollar merger would create a combined business of 478 properties and 89,000 rooms, according to travel research firm STR.

If the suggested deal goes ahead, the combined hotel group is expected to be the largest hotel group in Spain, pushing Melia Hotels off the top spot.

The combined hotel group would achieve a combined annual revenue of approximately EU€3.7bn from hotels across Europe and South America.

The proposed offer coincides with a booming Spanish tourism sector.

A record 36 million foreign visitors visited Spain in the first half of the year, an increase of more than 11% on last year.

Grupo Barcelo said that it would expect to control 60% of the combined group and it is expected to offer a 27% premium to NH’s shares under the proposed deal, according to sources close to the matter.

In a statement, NH Hotel Group said: “NH Hotel Group’s board of directors recently approved a three-year strategic plan for the company, which aims to boost company growth independently from this news and any other, and that plan is still valid today.

“Any changes regarding this decision or other strategic alternatives or considerations will be communicated accordingly to the market.”